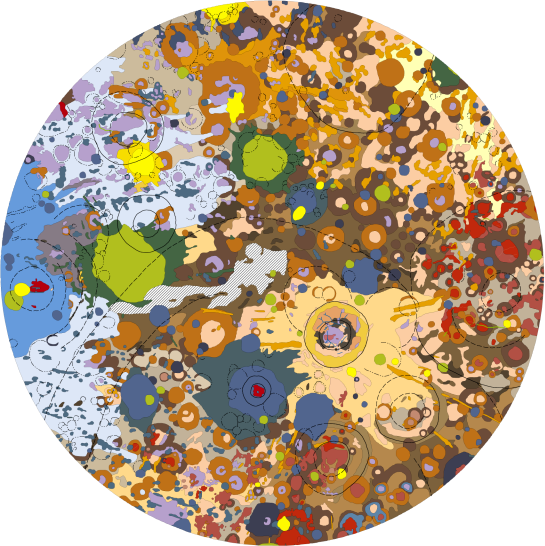 Cartography, sometimes, can be a form of art. It can introduce us to a parallel world where man represents himself under thousands forms. Every map is thus a metaphor of reality, an invention, a creative interpretation of space and things in the theatre of time. Maps give name to the unnamed, chart the uncharted, disclose the arcane. It’s a god-like activity, the blossoming of an inebriated intellect. 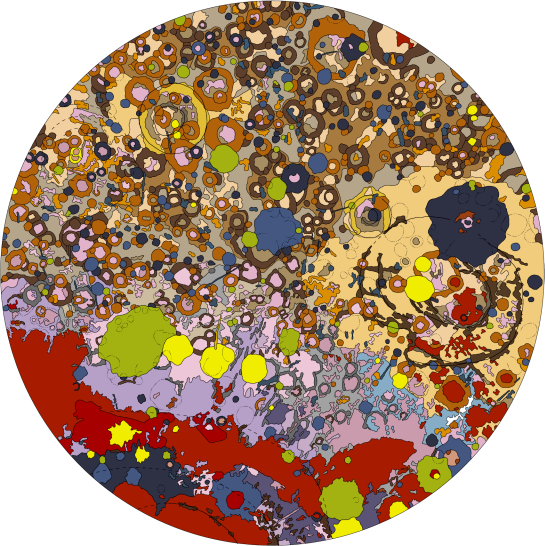 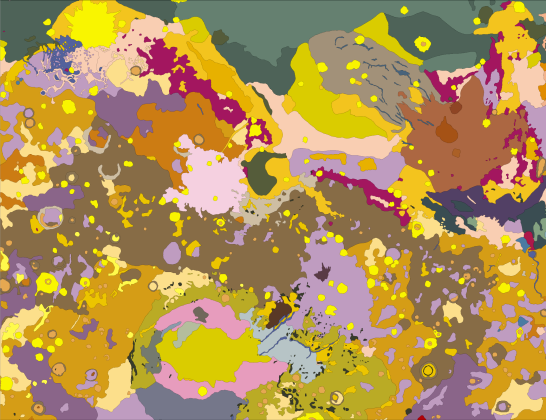 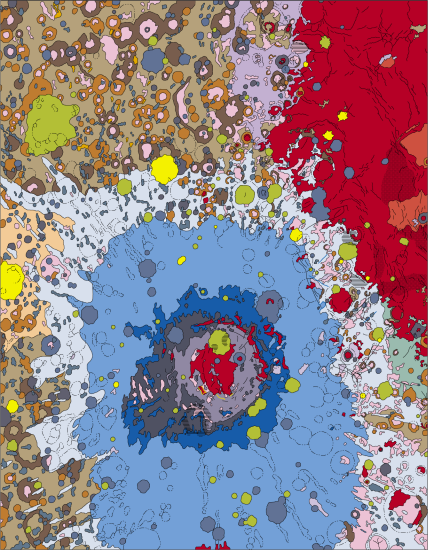 Above: A few samples from a series of geological maps of the Moon, plus pictures of Mars’ surface. You can browse the complete collection at the US Geological Survey website and, if you are a map lover, you should check also Radical Cartography. But be careful. The risk is to get lost.

Below: dimensional comparison between the US and Europe. It’s worth to notice that Washington ends up facing Iran, while Miami enjoys the beautiful climate of the Red Sea; California goes back to its Spanish etymology; The Great Lakes mix their sweet water with the salty Black Sea; British Columbia, meanwhile, becomes more British than ever and Texas finds some more oil in North Africa. May this ironic overlay of territories be of good omen for a closer relationship among different countries and cultures. 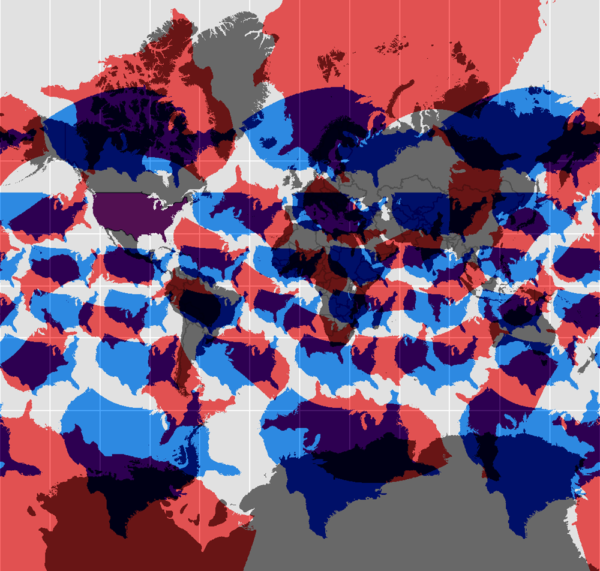 Above: the US’ contour as it would appear if placed along different latitudes. Below: a tiny section of Antarctica. A barren landscape covered by ice, where mountain’s peaks surface like small islands from a frozen sea.

All maps courtesy of USGS and radicalcartography.net. Many thanks to both of them for sharing a thought provoking point of view on the world we all live in.

Interesting topic. The other mapping to cross reference is the One of the human genoma. Mapping the DNA is not only giving you insight on your fabrication strenghts and weaknesses but you can map our similarities and differences as individuals and track down the migration and evolution of the humanity. May we could find further insight about Texas and north Africa.

we agree with you. DNA is not only Code One. Its marvelllous structure is giving, more and more, new insights on how complex strings of data work individually, and as a system. This discovery recently led to a revolution in evolution. A totally new taxonomy of the Tree of Life is now based on omogeny of DNA, rather than on functional similarities. But more of that, soon on Brandpowder.

Thank you for this and your visit. Maps are mesmerising. We are drawn to them like we are drawn to life, Ancient or digital they require a special eye to search through the detail for a particular destination needing reminders now and again that the journey is the thing not the destination. Still remember my first treasure map, sparse on detail it showed a rock, a tree and a big X. Maybe my childish wisdom was pointing to the fact that treasure be everywhere!

carloreply
– In reply to: windhound

we have been visiting your blog and you have a very interesting point of view on things. Dragonshades is cool.

Coming from successful experimenters in visual communication that says a lot. Kudos BT.