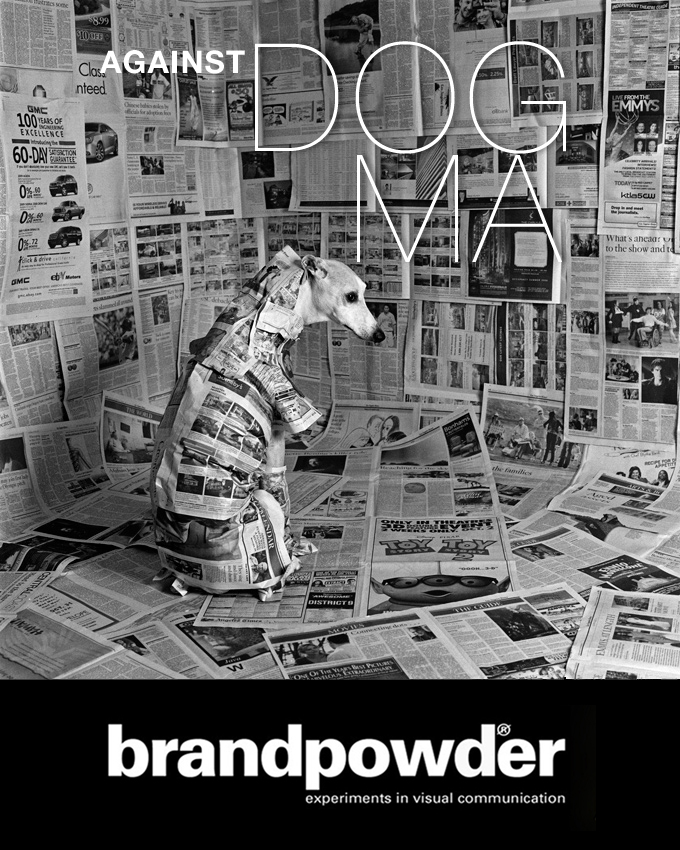 This is the first campaign addressed to dogs. We are not sure whether dogs can read, even if there isn’t any scientific evidence against this possibility. But hell, yes, we’re positive about one thing: there are some pretty smart dogs out there. Dogs who, even if don’t read books, are free-minded and independent enough to formulate their own ideas and opinions about the world. Dogmatism defines a set of rules that dogs must obey because they don’t have any rights. This is not right, of course. We would like to remind our readers that it’s no coincidence that God is just the reverse of Dog. And that’s because God loves Dogs. He loves them more than us, humans. This campaign is against dogma, and any kind of propaganda. We hope dogs will click the “like” button with their paw.

Beware of Dog! People say, but we say, instead: Dogs, Beware! Because humans eat the meat and they leave you with the stripped bones. It’s good for your fangs! – they say – and you dogs happily chew them. That’s part of their dogma. 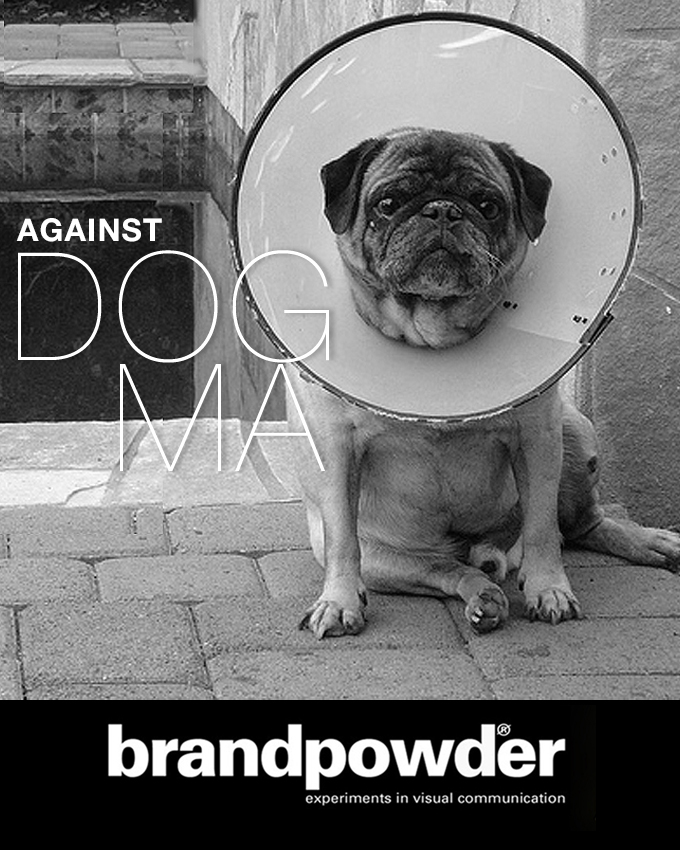 They place a cone around your neck, saying it’s for your own goodness, so you don’t bite your own flesh around the stitches or you don’t lick the anti-ticks medication. But that’s dogshit! You wear the cone to better understand their orders. They want you obedient. They want you tame. But we say: from wolves you descend! Be a wolf, then! 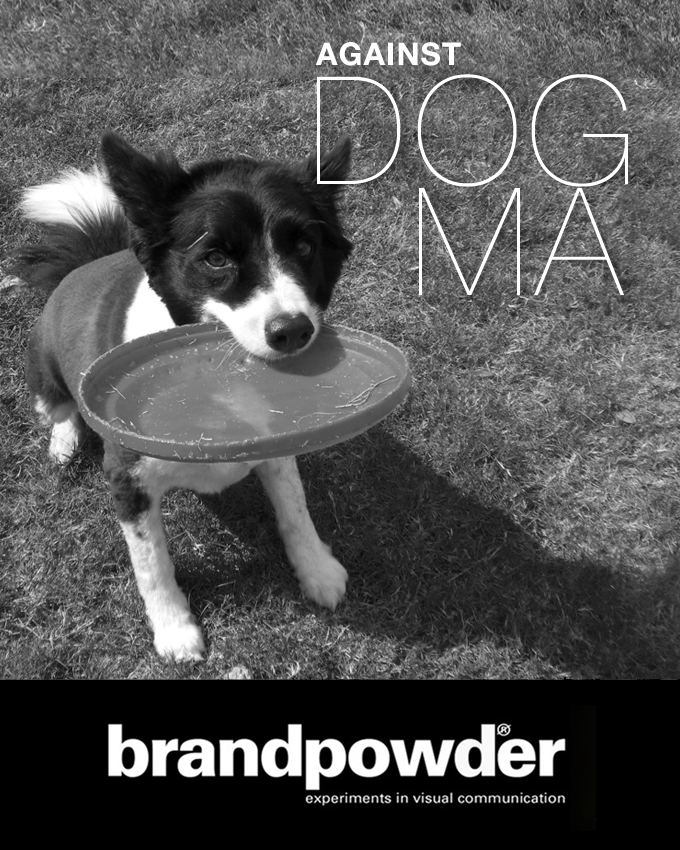 Fetch the frisbee! Fetch the paper! Fetch the stick! Fetch the slippers! Fetch the fucking squeaking rubber ball! What you dogs are waiting for? Are you ready to fetch your own dignity and throw it into the bin? Brandpowder is for canine freedom of expression and supports a world where dogs have no dogma. Please, share our message of love.