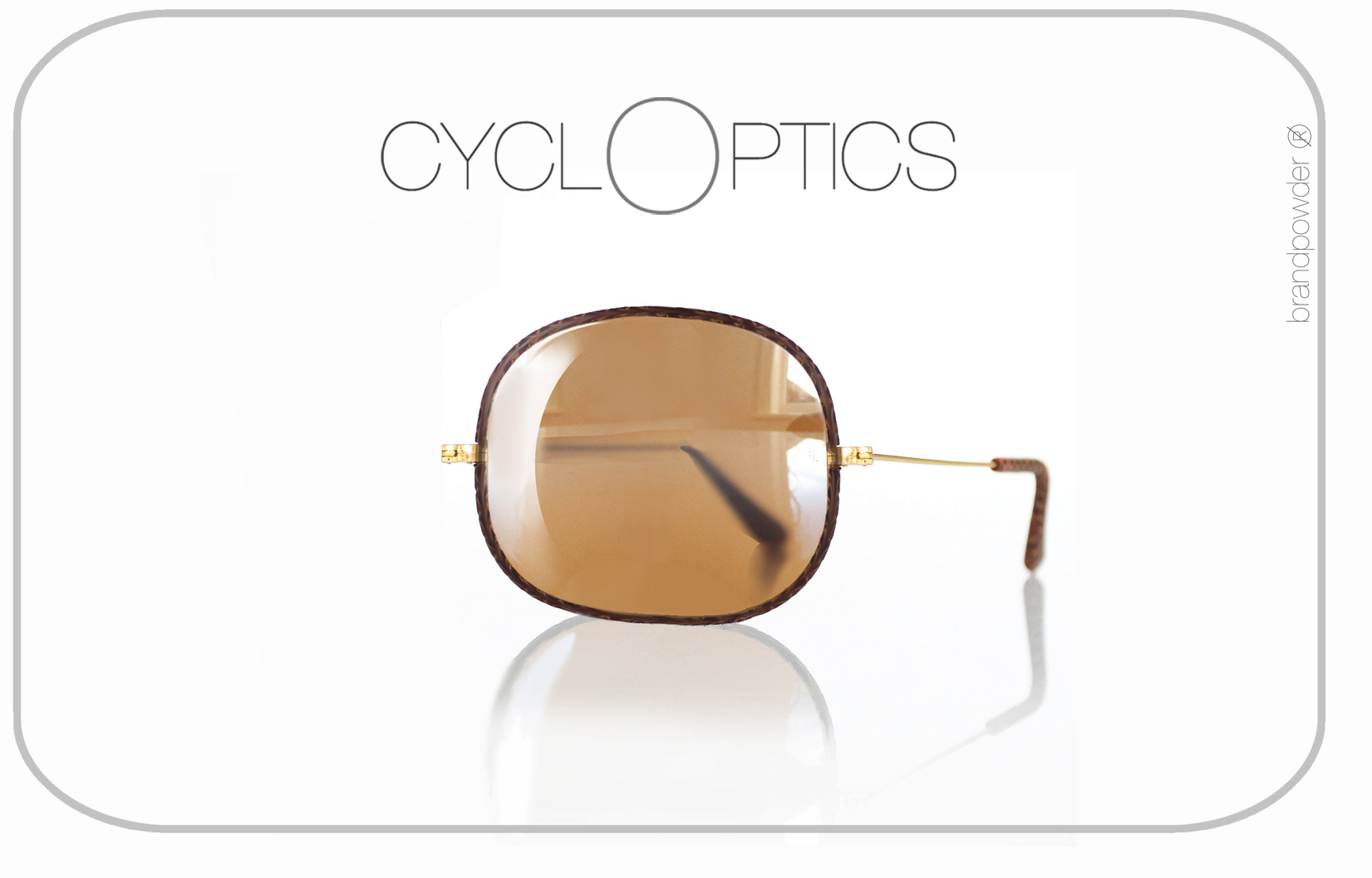 Some clients are unusual and Philip Sunsbeats, founder and owner of Cycloptics, a small firm based in Tulsa, Oklahoma, is definitely more than that. He’s anomalous, to say the least. A few months ago he showed up at Brandpowder’s Headquarters, introducing himself as the one and only producer of eyeglass in the world. The product is singular, and not only grammatically (never mention the word eyeglasses in front of him!) So it hardly surprises us to know it has no rivals in the market. Who is going to buy this stuff?

The client showed us the Polifamous, a sleek eyeglass that looked like a mix between a 1960’s bubbly tv screen and a pair of Ray Ban after a car accident. He told us he wanted to launch the Polifamous with a worldwide campaign. While our client was talking, I struggled to wear the bloody thing. “It’s a lady eyeframe,”  he said, as if that could explain everything. The situation was getting surreal. At that point we asked him whether he had a specific target in mind, for the campaign. Mr Sunsbeats dropped his jaw and looked at us as if we were a bunch of dumb asses. “Who needs a target?” – he asked. And that’s when we learned one of the most important lessons in contemporary marketing. The campaign, unexpectedly even to us, was a worldwide success. 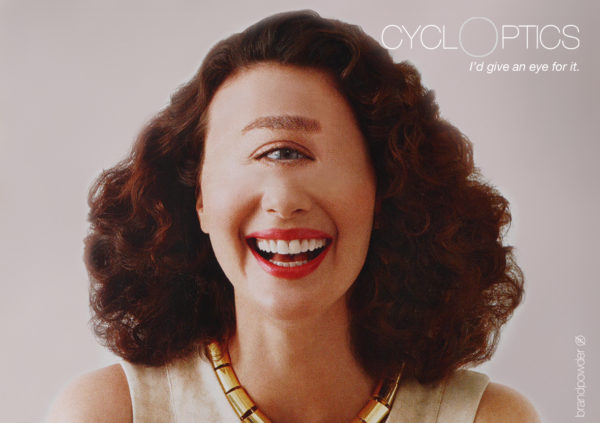 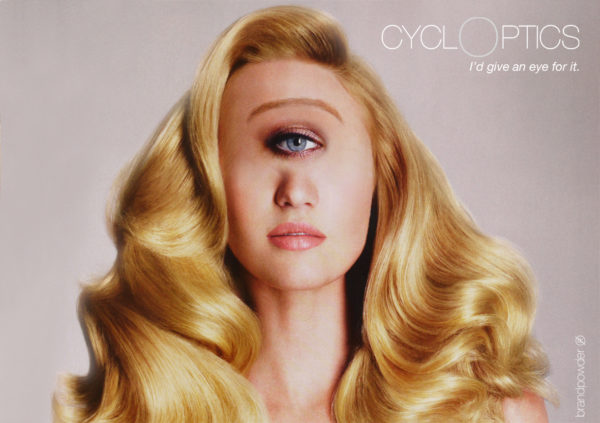 Above: the teaser campaign for the worlwide launch of Polifamous eyeglass. The  puchline “I’d give an eye for it” became instant jargon among trendsetters.

Below: mega poster in Thailand. Cycloptics jumped from 30 to 95% in awareness among two-eyed people too. In 2011 it ranked among the 20 fastest growing Companies and most loved brands in the world.

Maybe you can help me. I create make-up for two-faced women. Perhaps a similar concept?

Please send us two samples of your two faced women. We can do business together.

Carlo and the Team

I am deeply excited to know that these one-eyed beautul girls even exist on earth. I mean to say I grew up on Jason and the argonauts. The truth is I find them so hot and I have tried to find a dating site for this niche and I am hugely disappointed so I struck and idea. Can you please send me the details of your client as I would like to set up the brand into a multitude of social media networks such as Ocular reunited, winkbook and eye-harmony for my dating firm, these internet names are all available and I have booked them all.

We should definitely meet also with Don Pezzano of Urbandon.com and come up with a joint venture (many joints, big adventure!) We are all keen to develop a business for mythologic people. The traditional concept of target is dead cat. We should concnetrate on the surreal side of life.

Carlo and the Brandpowder Team