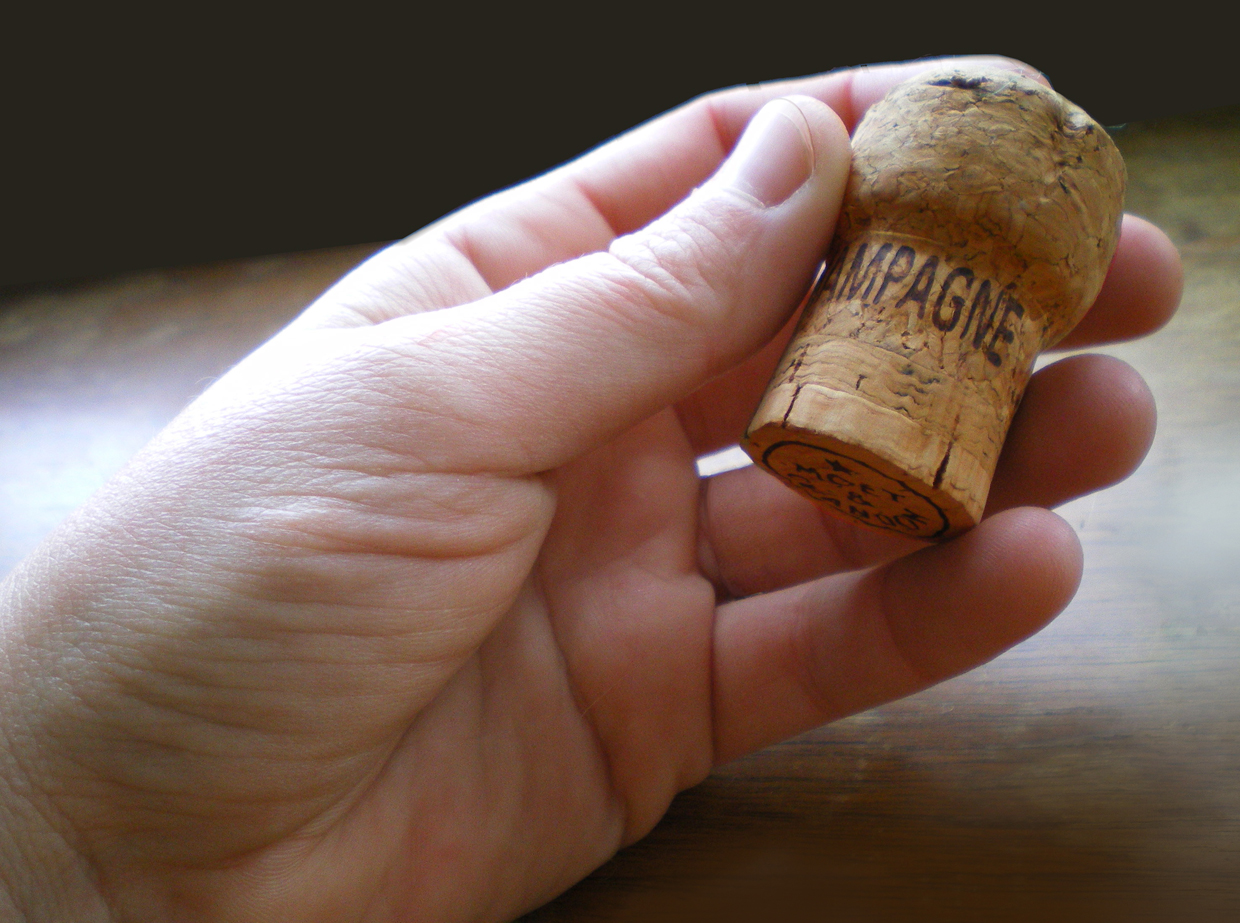 Did you know that everytime you open a bottle of Champagne, 5 litres of carbon dioxide are released into the atmosphere? In that precise moment the cork blasts off at a pressure of 6 atmospheres: it’s a mini rocket that, every year, blinds about 500 people worldwide (stupidity is international); people who forget the simple, basic principle: never point a bottle of champagne toward your face. Anyway, after the usual ‘pop’ and the familiar spill of foamy wine from the bottle’s neck, only 20% of the gas will remain inside, forming some 20 million minuscule bubbles that, altogether, will form an additional litre of carbon dioxide.

Champagne’s consumption around the world is contributing to green-house effect, posing several urgent questions to humanity: should all of us keep drinking Champagne pretending to be James Bond or Hemingway, or shift instead to armless still wines and vodka? Can’t we find a smarter, less bombastic way to celebrate our most cheerful moments, such as New Year’s Eve, the christening of a ship and divorce?

below: a map of Champagne’s consumption and its impact on the planet.

You might say the biggest pollution is coming from industry and trasportation, which is correct. But Champagne needs glass factories, label printing, cork trees exploitation, plus of course airplanes, trucks and cars in order to be distributed around the world, not to mention the freon gases and other chlorofluorocarbons needed to serve it at a nice, cool temperature. So Champagne is a big problem.

French people, famous for their rationalitè, came up with a brilliant solution: how about recycling Champagne’s used corks and cages to produce cute, little  furniture? 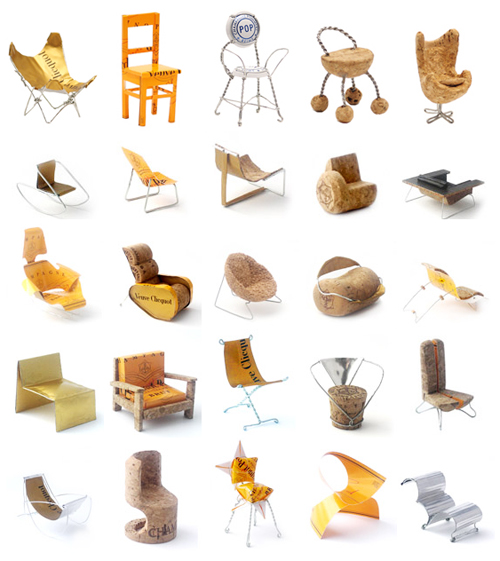 Not bad. But honestly, France has some other problems to solve, at the moment: the first is where to store their nuclear wastes, the second is sheeps’ meteorism. These animals, indeed, beside providing us with nice cheese and wool, are big producer of methane.

If you combine the gases from Champagne, sheeps’ stomachs and nuclear power emissions, you get the complete picture. And it’s scary! A Country on the verge of a major ecological disaster that will pale Chernobyl and Fukushima.

The European Commission in charge of Quality Air Control (EUQAC) is now pushing the French government to find a quick, drastic solution to the problem. The Belgian Committee came up with an ingenious idea which could, at least temporarily, solve two problems. Used corks could be recycled to shut sheeps’ “back door” ( according to Charles Mouton’s polite words). The proposal has been presented to Bruxelles for approval. 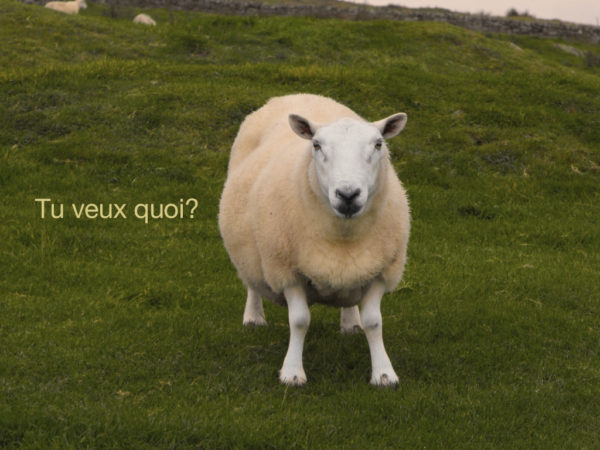