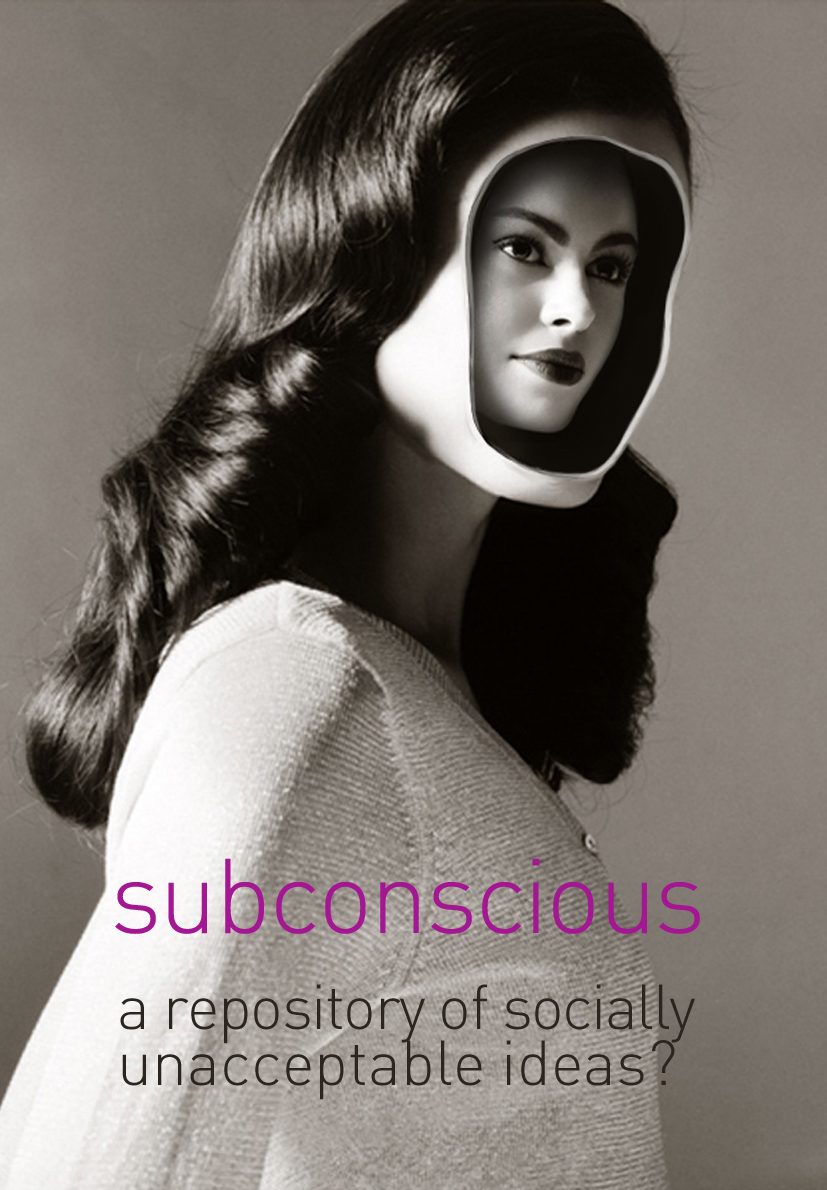 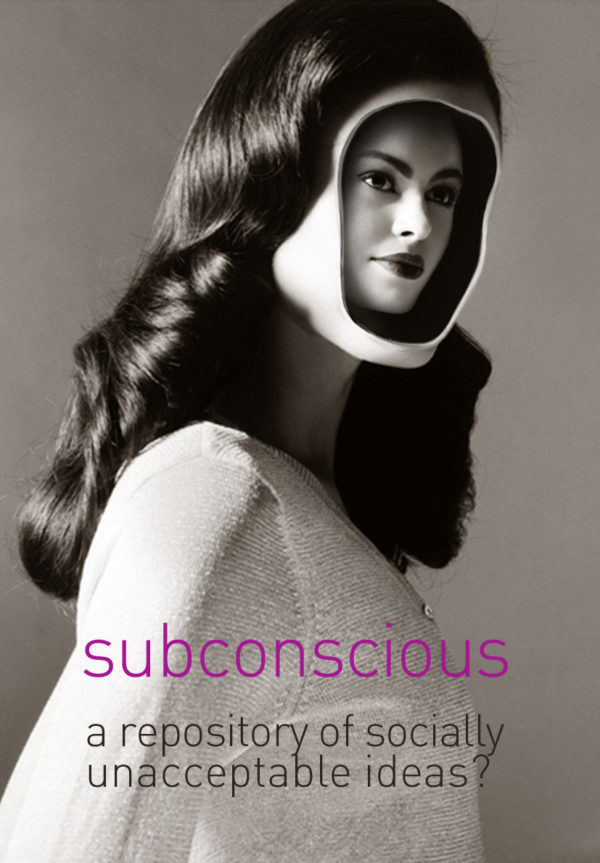 Do you have obsessions? Fears? Compulsive behaviors? Of course you do! The good news is you don’t need to be ashamed of your dark side anymore because all human beings are more or less screwed up. This fact brings us to the second good news: philosophy, and several other human studies wouldn’t have emerged if we were all ‘normal’ and in full control of our thoughts and deeds. Philosophy, according to Klauterfurkt, is not a path to wisdom but an escape from madness. But going back to our main subject, there is a third good news for all of you, and it’s official: psychoanalysis is dead.

It’s enough to look at the word to understand its twisted implications: psycho+anal+ysis is a poisonous mix of deviations: there is madness, the ass, and ysis, which I didn’t find in the vocabulary but I’m pretty sure is something bad, probably an acronym invented by the person who came up with the theory we all have Das Unbewusste (the unconscious) and we like incest.

Pictured above, a notebook page the inventor of psycho+anal+ysis was scribbling while listening to his patients. As you might guess, he wasn’t listening at all! And probably he never did. One of his patients even caught him asleep; he apologized saying that was part of his process to get in touch with the interpretation of dreams.

Below: Freud’s personal studio.  The sofa is covered by rugs in order to floor down the patients and make them feel unworthy. After symbolically crushing their personality, the master had an easy access to their messy brains. Everything in the name of science. This picture is, in a way, mind opening. 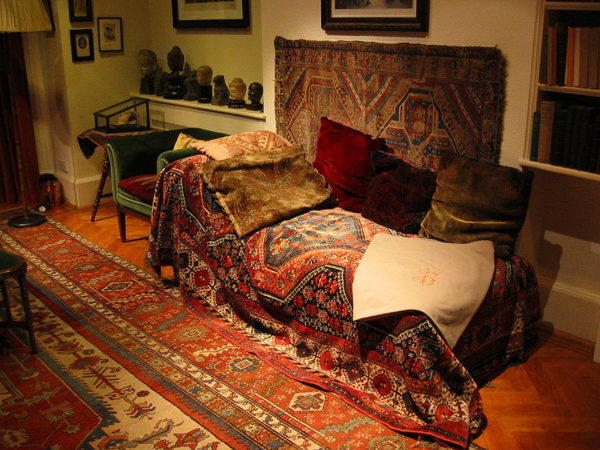 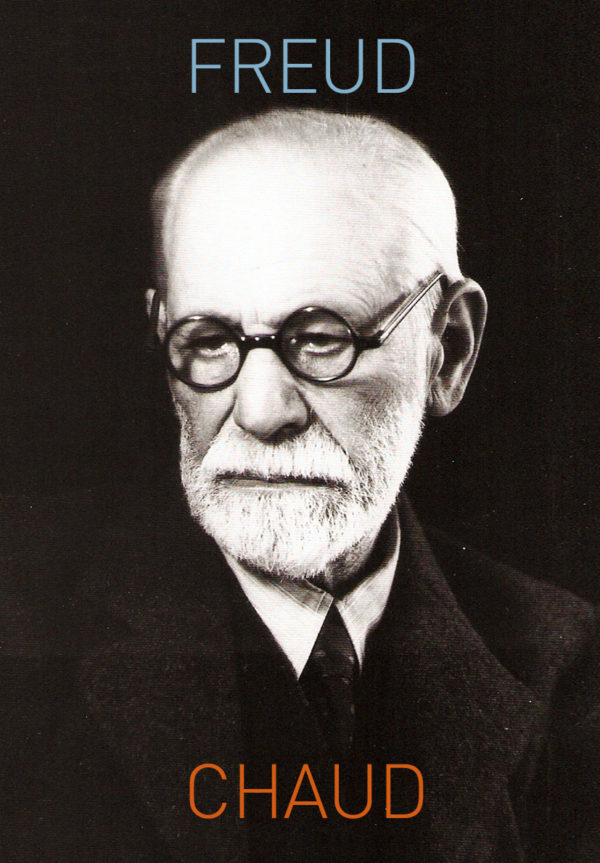 The inventor of psycho+anal+ysis was a bit psycho himself. When he sailed from Old Europe to the US, while contemplating New York City’s skyline from the upper deck of the ship, asked Carl Gustav Jung: ” Do Americans realize we are bringing them pest?”. 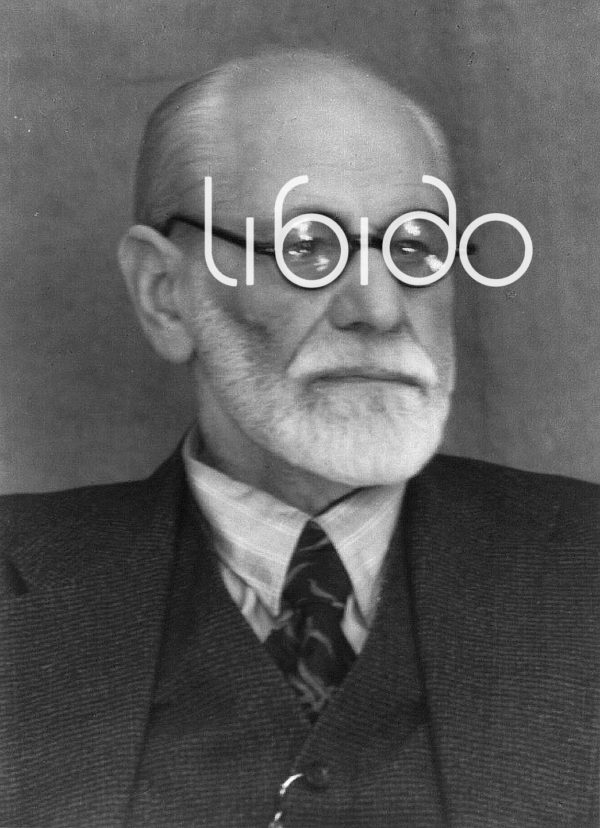 Jung, compared to his master, was a softie. He introduced a world populated by symbols and archetypes, diluting our most profound instincts and shame into a collective mind rooting into the one of our ancestors. Jung was playful, inventive, unfaithful. In one word: a fun guy to stay with. 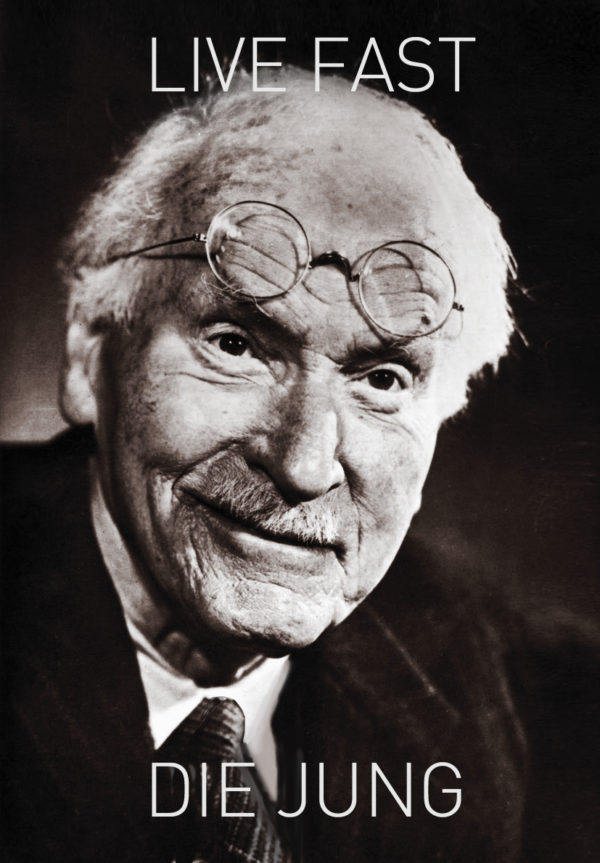 But even if Jung introduced some fresh blood into this weird discipline, psycho+anal+ysis is dead anyway. Recent studies demonstrate our mind is far too personal and shy to reveal its secrets. The new theory is based upon the simple assumption human beings don’t really need to dig into their dark matter because if the brain was so smart to bury it, it’s better not to lift the lid. 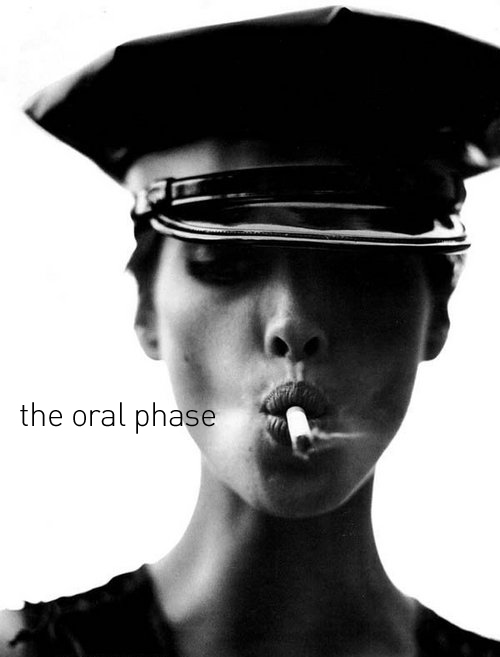 I only suggest a new book, published by Brandpowder®, which is finally throwing some light over the subject. A must read, if you find it. It’s pretty rare. Good luck.