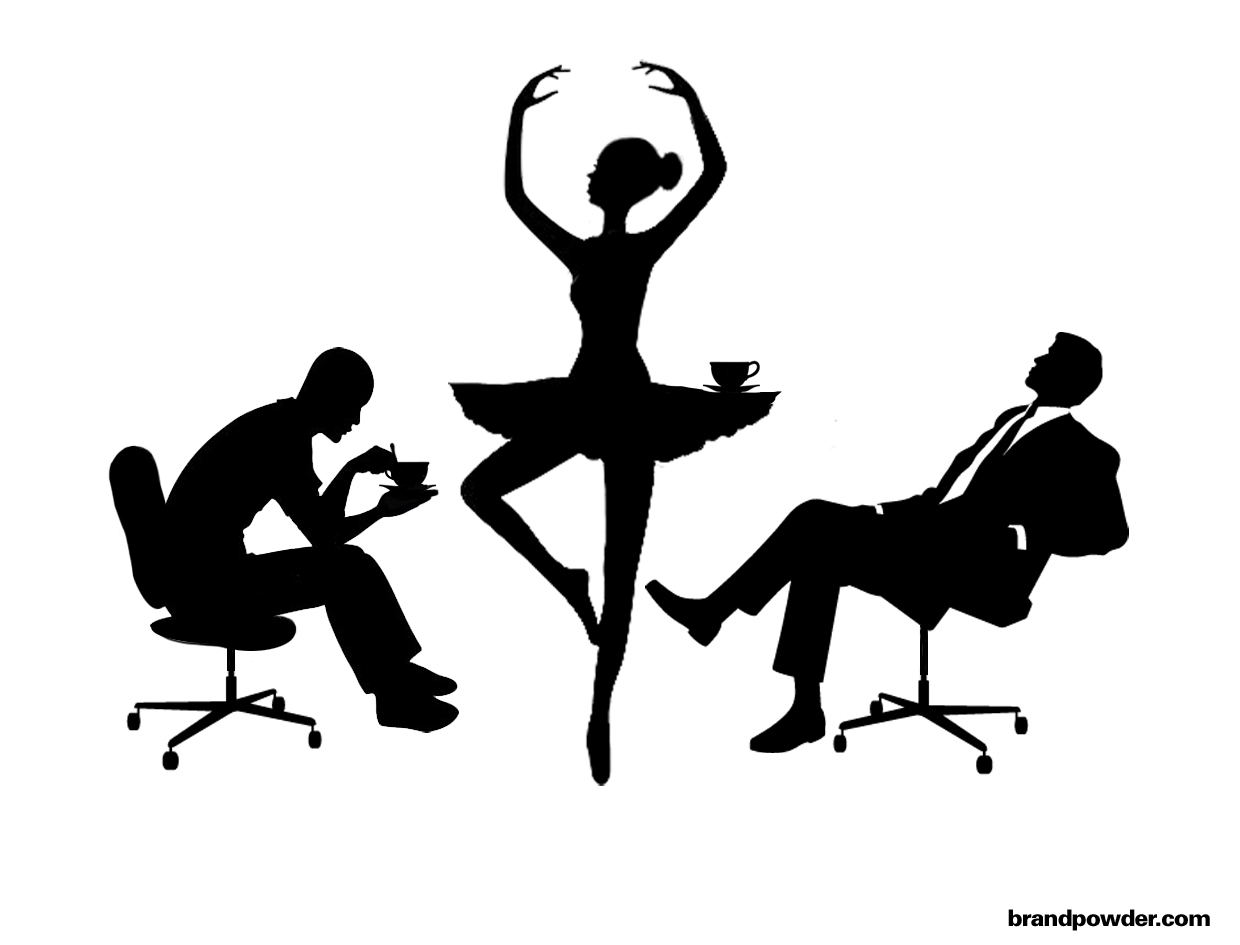 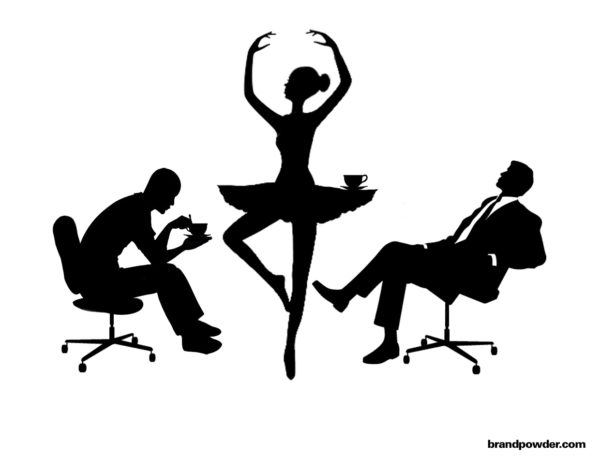 This was the sad announcement by Charles F. Hoppenheimer, Director of the Royal Philarmonica, during a recent interview to Brandpowder. “Our world is inexorably becoming brutalized by the lack of beauty and culture,” he said. “Classic Ballet is paying the price in first place, with -35% in tickets’ sale and a 20% budget cuts for future productions all over Europe.” It was from the effort to solve this problem that the whole idea of the Coffee Ballet came up. 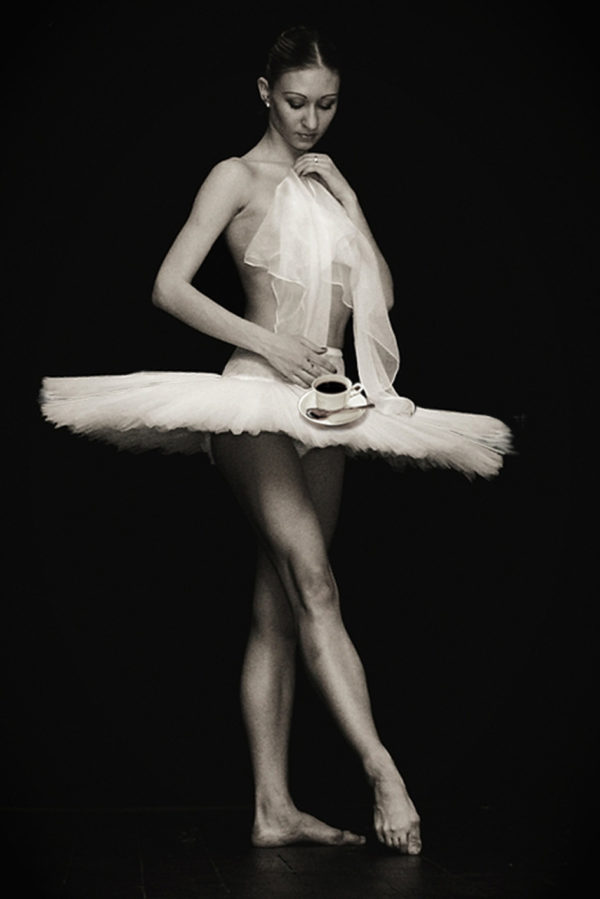 The project, developed by the Brandpowder team, aimed to provide classic dancers with a temporary job. The goal was not only to get them a decent salary but also to let them exercise when out of the Theater. The Brandpowder team focused on form and function, until came up with this idea: why not giving tutu skirts a new life, transforming them into coffee tables? 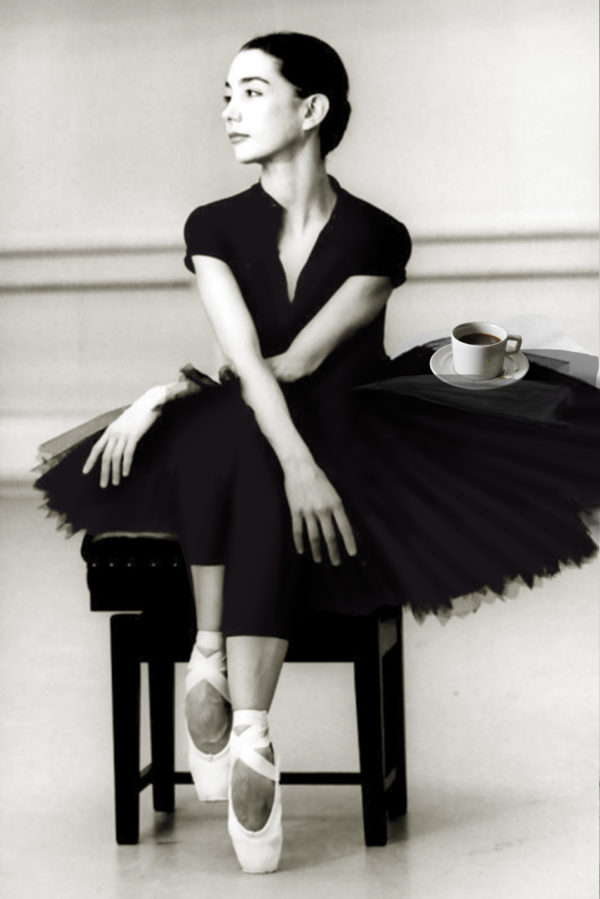 Coffee Dancers! We knew the picture was crazy, but we were dealing with artists, after all. Besides, we didn’t want to kill a baby idea. When we presented our project all the girls seemed enthusiastic about it and accepted to be trained as acrobatic waitresses for the Coffee Ballet. 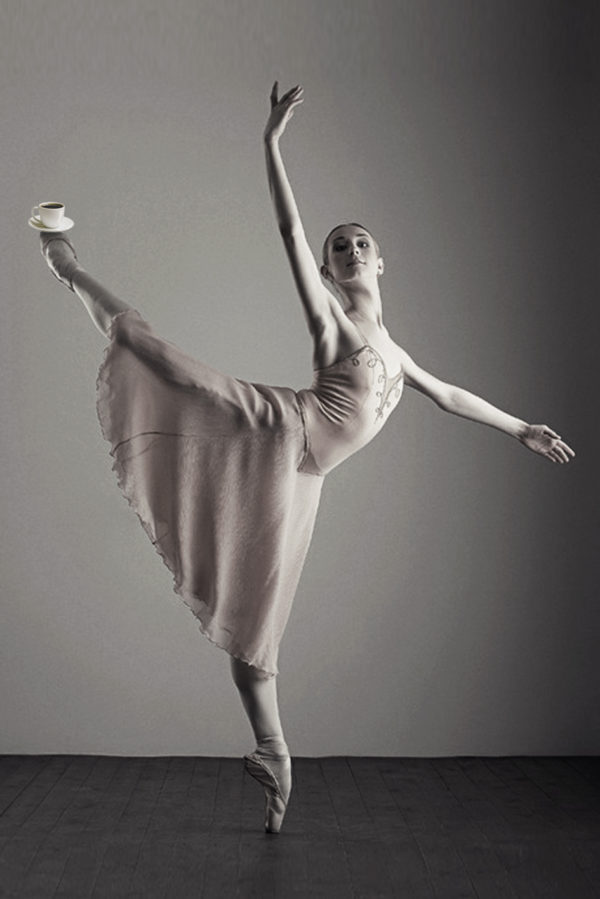 They took their new part so seriously that, in a short time, most of them were able to perform spectacular numbers like the Vertigo TipToe Coffee, pictured above, served at the tutu table for U$ 15.00 (plus tip). 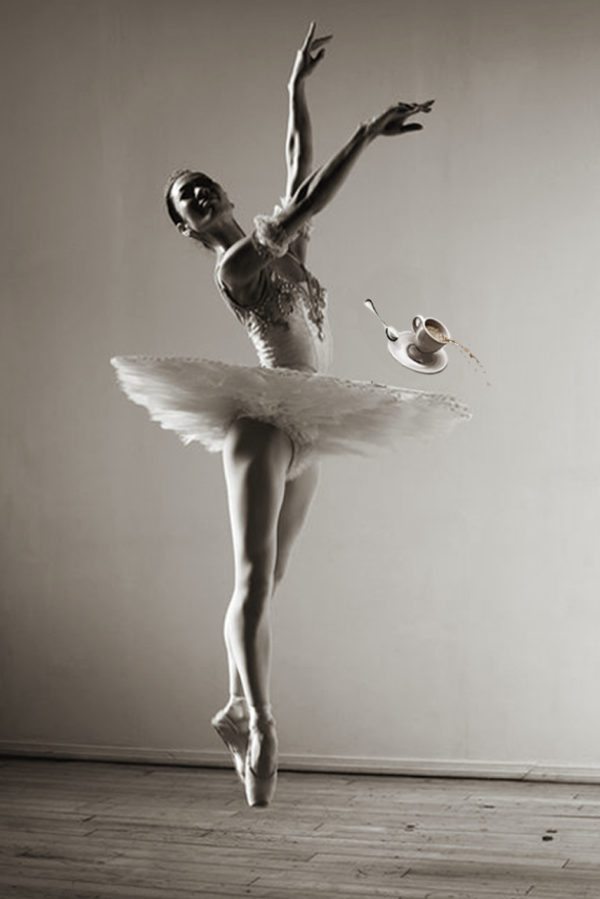 Another favorite at the Coffee Ballet is the Spilled Flying Coffee, which involves a breathtaking pirouette. The customer ends up with a stained shirt and a broken cup as a souvenir for just U$ 21.00 (ideal for those who need to lower their caffeine intake). 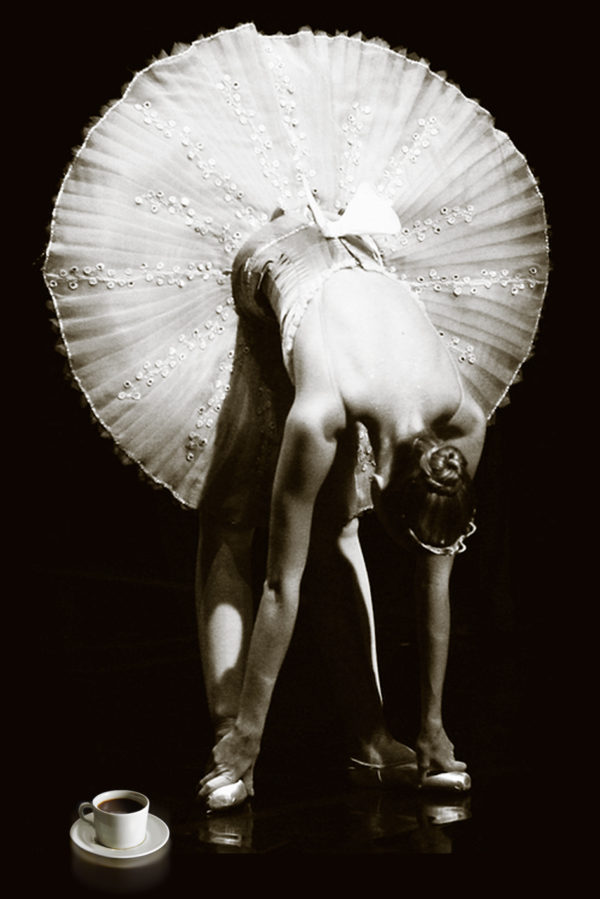 The tutu skirt, nicely decorated with flowers and laces (above) is reinforced with starch and whalebones in order to withstand the weight of at least two regular coffee cups, plus a silver sugar bowl. 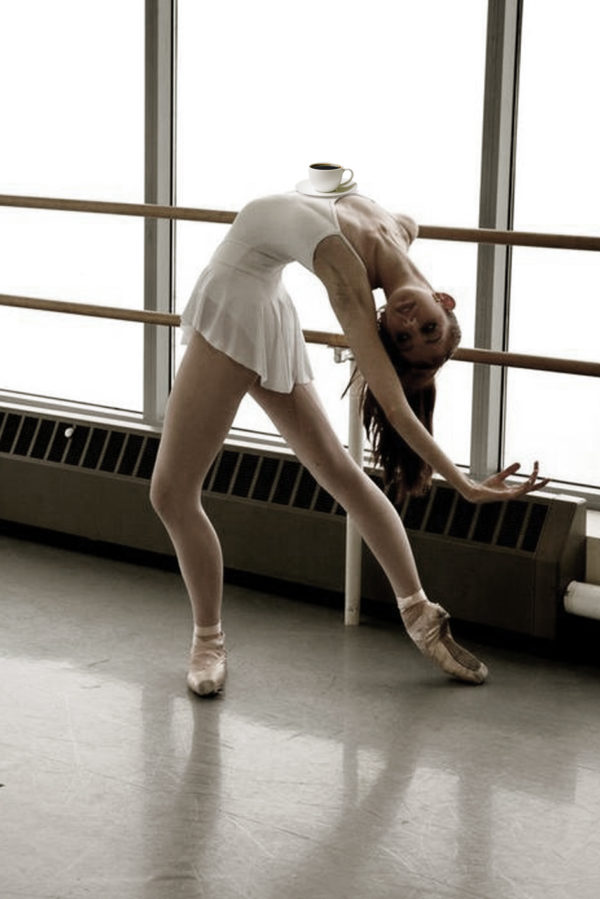 The most expensive in the menu list at the Coffee Ballet is the White Swan Paradise Coffee, gracefully served straight from the dancer’s breast. Affluent customers are willing to pay U$ 150.00 for such an experience and, it goes without saying, it’s not the coffee to raise their pulse.

After an unexpected success, the Coffee Ballet is now licensing for other openings around the world. Above, the poster for the new launch in Moscow. Attending the event were President Putin and his Prime Minister Medvedev (or was it the other way around?). They both tried the Bolshoi Throat Burning Espresso. Putin swallowed the coffee without a lament. “Somebody likes it hot,” he said.

It’s quite sad, really, that a ballet company has come to this, but their resilience is astounding. This is definitely a clever idea, and I’m glad they’ve been able to profit from it.

I couldn’t agree more, Illathrael. At Brandpowder we take such problems seriously and we always try to find a solution, in order to sponsor a world of beauty, grace and free caffeine, which is always better than caffeine-free.

Thank you for your precious contribution,

The President of
Brandpowder Company