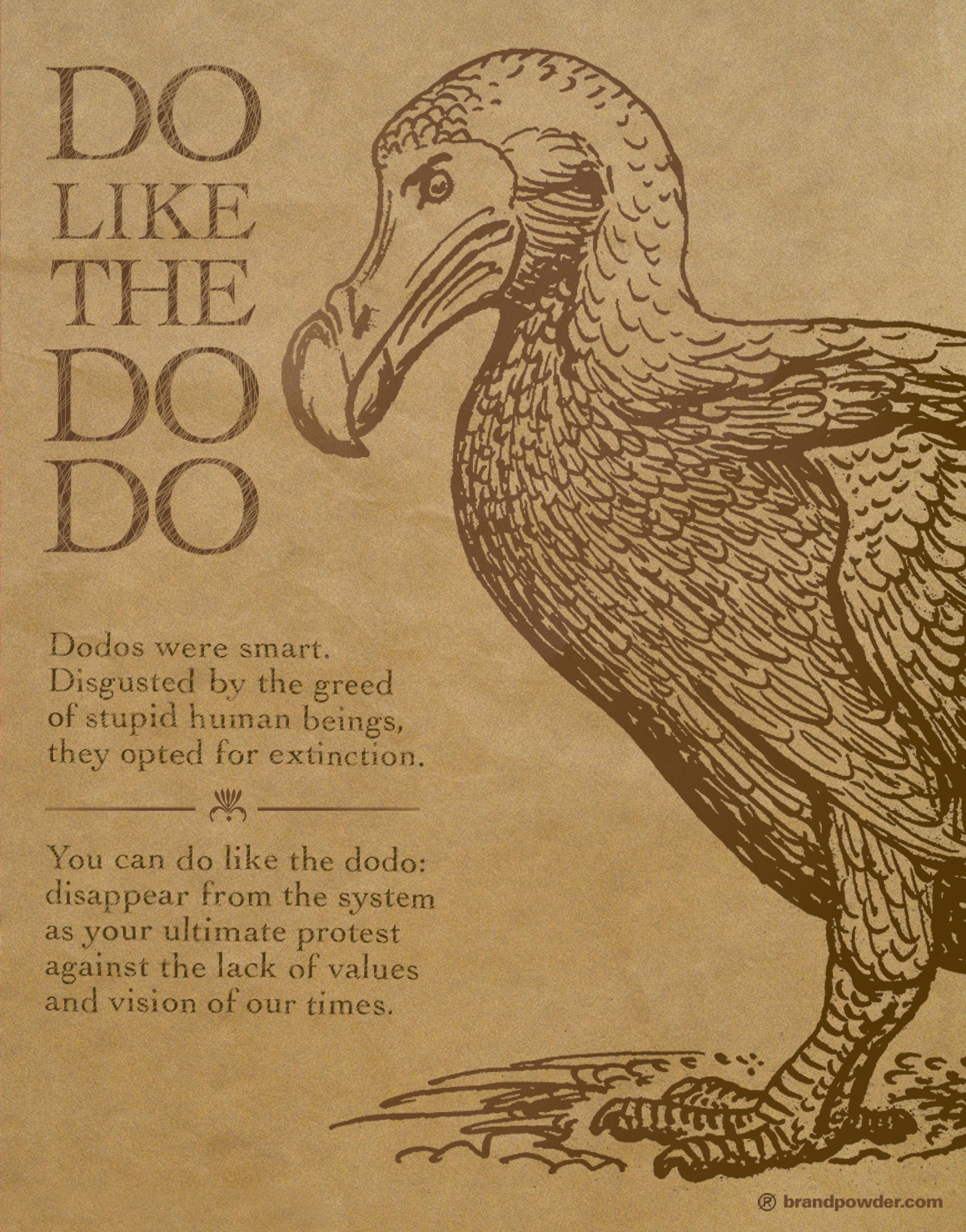 May be somebody didn’t notice it yet, but the world is upsidedown.  Technology is God and gadgets are the lesser deities of His wireless Pantheon. Medicine replaced Spirituality, and Plastic Surgery is saluted as the triumph of rubber over flesh. Mediocrity is praised whilst excellence is squashed. Sentimental Ecology and Vegeterianism are fabricated alibis, an excuse to revitalize a rotten economy and boost, once again, foolish Consumerism. In such devastated geography there is no land for the soul, not a mountain top where to enjoy a clear vision of things. So, what’s next for the noble spirit? Voluntary Extinction, i.e. the inalienable right to get out of the System, once and for all. If you think about it, the free choice not to be part of this world, the silent obliteration of the self, bears an aesthetic value that finds a correspondance in Nature. The dodo was a big, wingless bird endemic to the Mauritius Island. He fed on fruits and had no predators to worry about. He was a happy, fat dude, the dodo. Tradition wants that when the Dutch landed on the island at the beginning of 1600, many birds fell prey of their dogs, or were exterminated by hunters. But this is not true. Dodologists of the Brandpowder Empirical Team found out dodos voluntarily opted for extinction, out of disgust for the cruel, vulgar and unconsiderate behavior of humans. The Dodo Movement, inspired by this act of noble self immolation, started as a new philosophy of passive action that is now conquering (and at the same time losing) more and more acolytes. The fantastic paradox of the Dodo Movement is that, the very same moment you decide to be part of it, you are out of it. 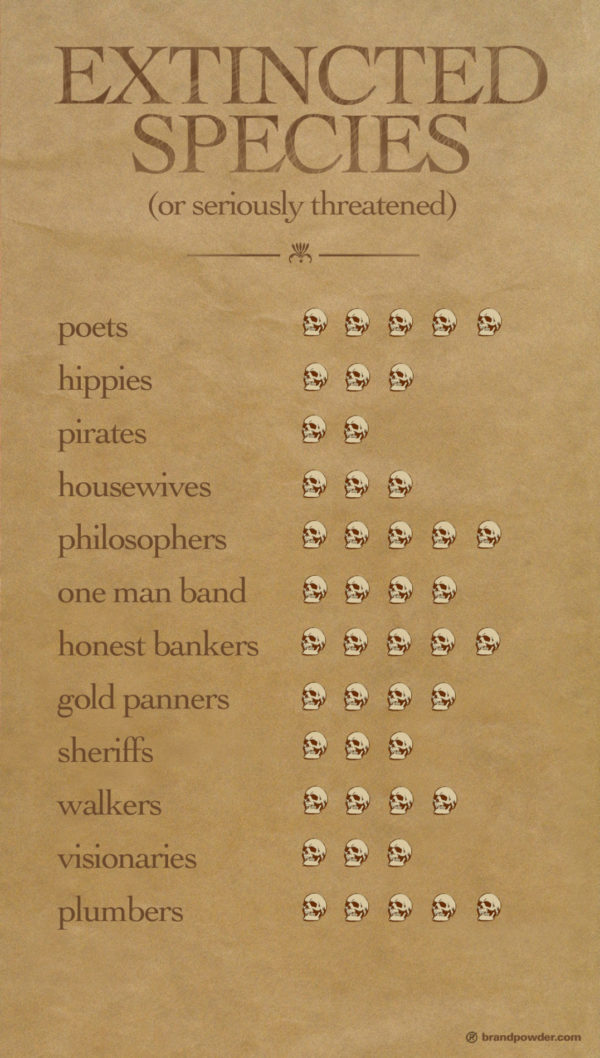 Above: one of the charts of the Dodo Movement, mapping threatened or already extincted human characters.

Below: the Dodo Movement is self-sustainable thanks to a brilliant marketing strategy. So, If you feel one of a kind, a very special person who doesn’t belong to the Dark Age of Post-Postmodernism, buy a Dodo t-shirt. Part of the money will be used to kidnap overweight turkeys from American Thanksgiving Farms, to be introduced in the Mauritius Islands in order to replace the much missed dodos.

I want one. Where can I steal one as my inalienable right to protest against monetary exchange and without fear of retribution. Mr. P. Pocket

I stumbled upon this looking for some ideas on Post-Post Modernism. You made me laugh. Thank you.

carloreply
– In reply to: Andrew Wilson

I will forward your message to our extincted collaborator who wrote about it.