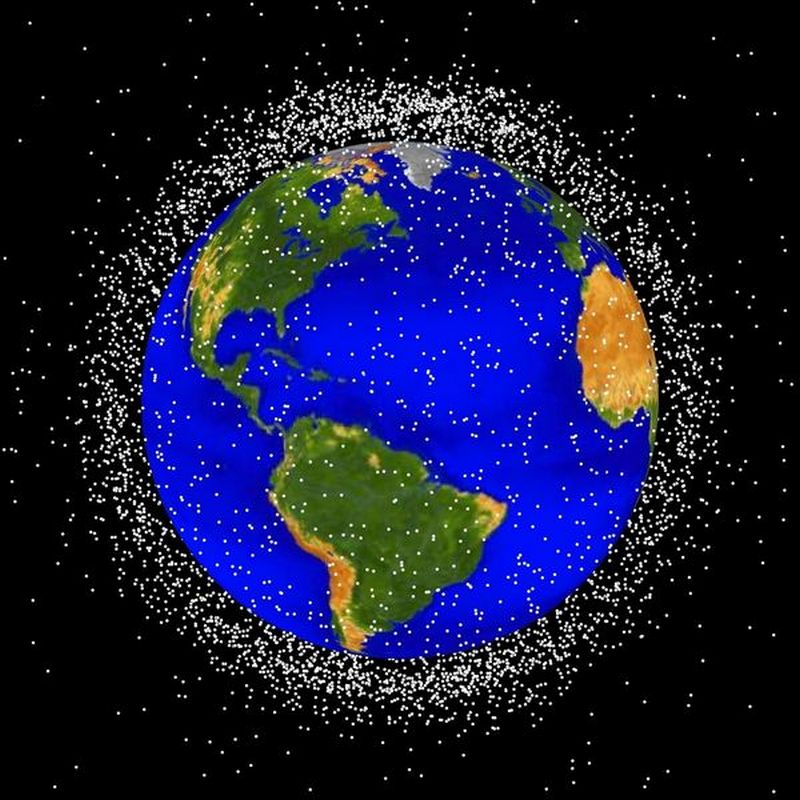 Our planet has a serious problem: dandruff. It’s enough to take a look at this picture to realize how much of this stuff is hovering above our blue scalp.

This is just a first layer of low-orbit satellites, placed at an heigth between 300 and 1200 miles. They represent 80% of the flying barrels circling fast around the world while taking pictures and checking on us 24 hours a day. The mid-orbit range is less crowded: the area is the reign of private scientific equipment and Googly GPS.  Geo-stationary satellites, at about 22,240 miles from Earth, represent the third layer: at this heigth satellites rotate at planet’s speed so that, from Earth, they appear to be still over us. Launching a one-ton satellite, filled with computers, space communication systems, robotic arms and long haul energy supply systems can be very expensive but it is always worth the price.

When you look at the night sky, not all the shiny little points winking at you are lonely stars. Some of them are Army and Government’s eye so sharp so sharp to read your car’s number plate.  We are worried enough about what happens in the planet, to have some space left for what actually happens outside i, but that’s the point. The people in charge of Space Intelligence don’t want us to know. Meanwhile they keep building a private, global information network completely independent from any law or regulation governing our planet.

Join the cause! Buy: Earth’s Shampoo, a fantastic product that leaves you with soft, shiny, luscious healthy hair, while financing a friendly missile program for the destruction of all spying satellites.