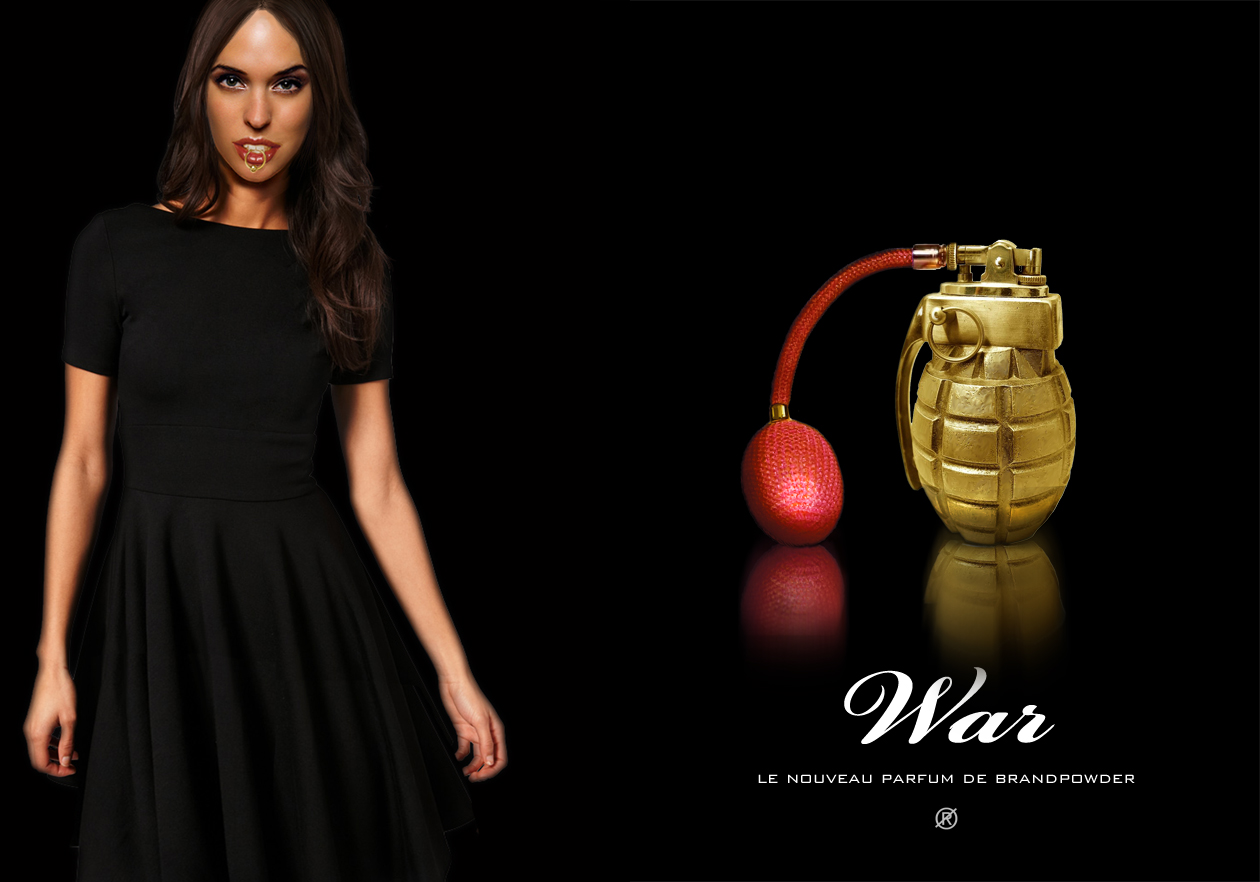 War, introduced last week in a few selected shops around the world, went sold out in less than three hours. Faithful to its name, the new perfume by Brandpowder caused a war among lady customers who fought to put their hands on the golden bomb. The product was launched with a small budget and without the usual fanfare you would expect from the fashion biz. “The success was totally unexpected,” Carlo Muttoni, Brandpowder’s ceo and creative director, said at the press release. “We just came up with this idea of a perfume for angry women who want revenge. You know, men usually buy perfumes to enhance women’s sex appeal: it’s their selfish act, but women are often too vane or too in love to notice it. They are not fully aware they are an object of desire. So we thought: why not creating a new fragrance that speaks the language of true, independent feelings? The world is already full of sweet crap like N°5 or J’adore. We wanted a totally new category for the market, so we started talking about men, women and their relationship and how difficult it is to get all things sorted out, and suddenly we realized love is not about love. Love, more than anything else, is a battlefield. Love is War! And that’s how the name came up.” 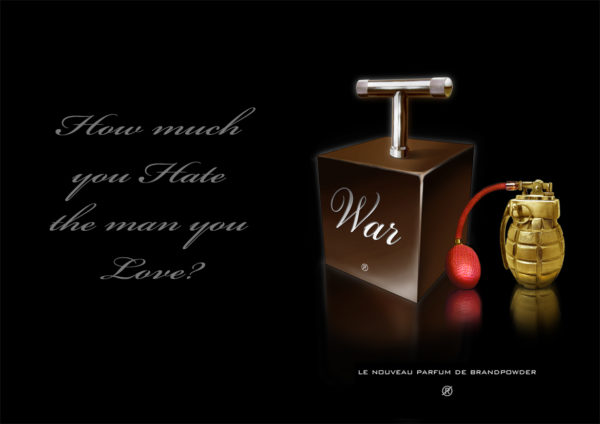 “You see, the packaging is surmonted by a T-shaped detonator handle. You have to twist it to open the box,” Muttoni speaks with a soft voice, illustrating the device to a blond girl who looks like a younger Scarlett Johansson. “We wanted the golden grenade’s pump in a bright red, so that you’re kind of squeezing your heart everytime you use it. And the bomb’s safety pin is actually a gold ring you can wear on your finger. That’s another warning message to men: you’d better watch out, boy. I’m not the kind of girl you want to play around with.” Muttoni smiles. And he has probably good reason to. War is ready for a second, wide release at the beginning of 2012. Monica Turlot, the nose behind War’s success, said the perfume is a daring mix of napalm, bergamot, nutmeg and a base note of ylang ylang. “It’s the first time I use napalm in a perfume,” Monica said. “Basically, I used benzene gel instead of pure alcohol, and it works marvellously.”

War comes also with a free booklet, listing the Top 100 USA divorce lawyers. “It’s an extra weapon for the contemporary woman. And since the idea starts from a basic, trans-national need, it can be replicated anywhere in the world.” Muttoni sprays a bit of perfume in the air. The room is suddenly filled with a sensual, incendiary atmosphere. Muttoni pauses for a while and takes a deep breath. “Once again,” he says, “it seems America is going to export War.”

(from our own correspondent, NYC. Christmas 2011)

I saw women pepper-spraying each other to get a bottle of this at the launch in Sydney. Love IS a Battlefield.

do not worry about it. Brandpowder will supply the Sydney shop, dropping bombs from an airplane asap. Meanwhile, please try to keep the girls at bay.

Best Wishes and Merry Christmas from all of us.