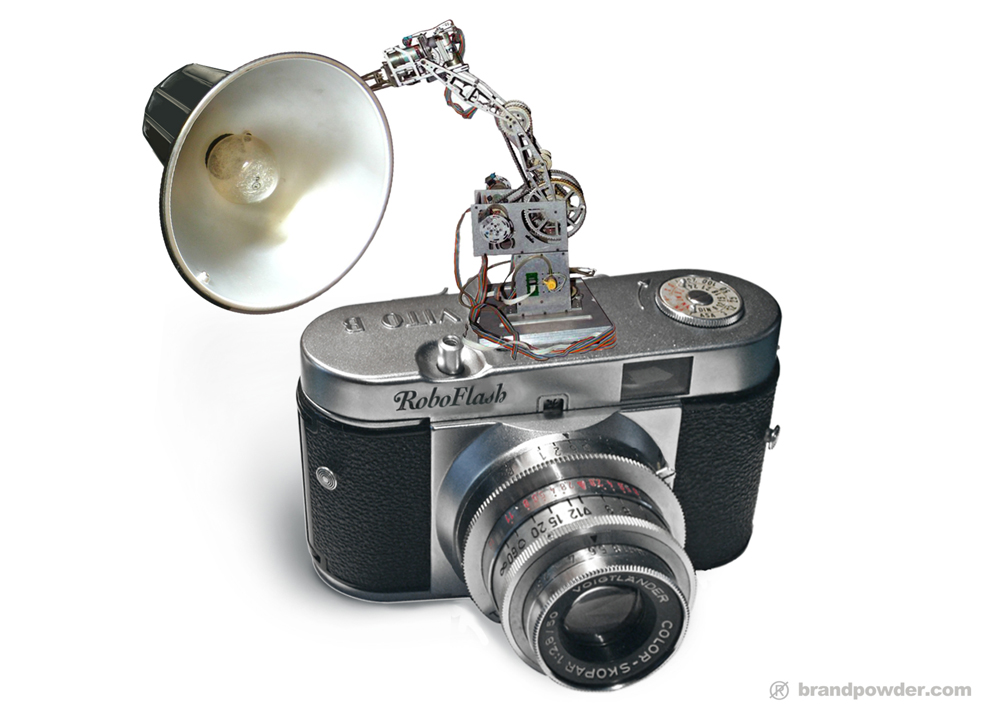 In a Quixotesque attempt to oppose the digital revolution, with its hi-resolution, hi-boring view of the world, Brandpowder decided to produce its own line of cameras. The project was initially called Alternative Image Taking (AIT). In our view the name had to sound a bit like a no-frills manifesto promoting a life out-of-focus. But then we realized people don’t care about philosophy but love memorable names, so we opted for a more effective Digifukk. We publish here, for the first time, a brief  story of our most successful cameras. All Digifukk models (34 all together) were produced between 1993 and 2009. Every Digifukk was the master-crafted result of a careful combination of parts: old frames, pieces of scrap metal, discarded optics and broken robots were entirely assembled by hand with a very ambitious goal in mind: producing a machine-memoir as imprecise as the human brain.

Top of page: the first Digifukk (model DF-Zero) produced by the Brandpowder Factory. It was obtained from a Czech RoboFlash body, marine binocular lenses and a robotic interrogation lamp, operated by analogic software. The DF-Zero used silver sheets on acidated paper and was used to portray regrets.

Below: the DF-B3, called also Woodie by its affectionate clients. This Digifukk was very delicate and could operate only in absence of light. It was designed, specifically, to shoot at invisible things. The blend between low-tech materials and conceptual design made it unique but also erratic in its functioning. 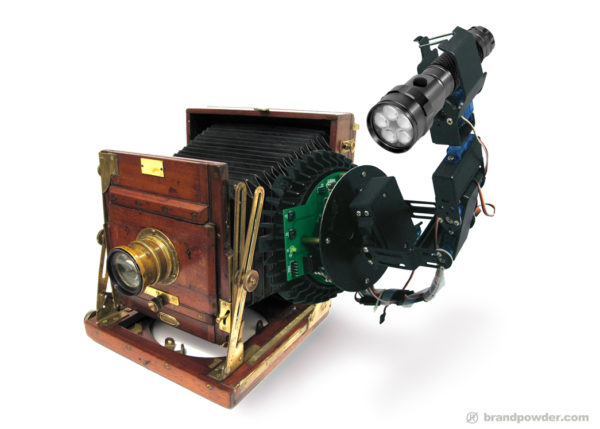 Above: The DF-3 was one of the most popular Digifukk cameras. At the end of 2005 more than one hundred “Birdie” had been produced. The nickname comes from the bird-like head at the end of a rotating robotic arm, an useless feature added exclusively to impress potential customers. Birdie featured the “S” button, a device that made you screw the picture while taking a photo. It was ideal for learning from your own mistakes.

Below: Brandpowder’s only Digifukk movie camera. The DF-M/Super8 was a cumbersome piece of engineering, equipped with a quick-positional dangling flash, and a body big enough to accomodate two sandwiches. It was a hit among movie people, initially, but the high price and its uselessness beside lunch breaks, led to its early retirement. 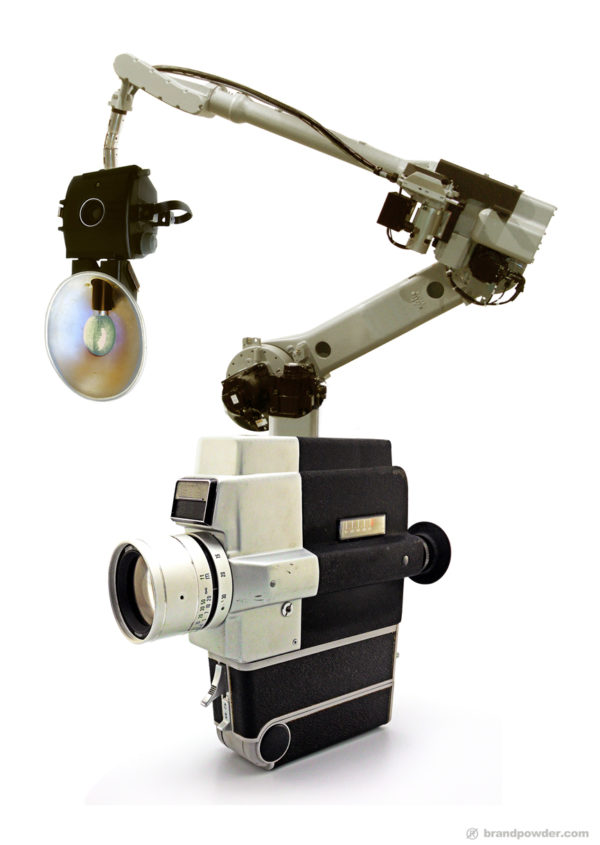 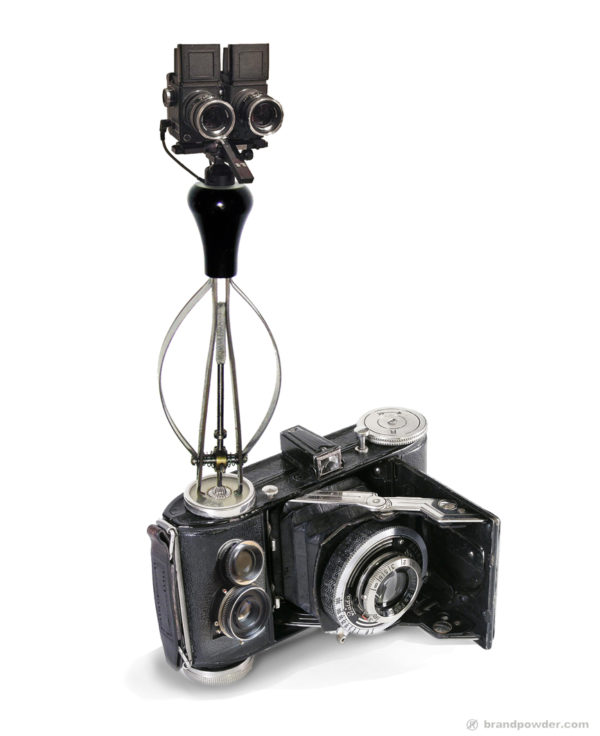 Last but not least: the DF-XV is legend. This particular breed of cameras ended up the Brandpowder Factory’s production. Nevertheless the DF-XV is still considered the best five-lenses in the world. It can shift from cubist reality to quantic pictures in a blink of an eye. Only twelve cameras of this kind are known to be still around. One of them, last week in London, reached the record selling price of 2 million dollars.

I’ve got £2000000 quid left int he bank and I would love one of those irresistable Digifukk cameras for my collection. They are truly irresistable and a must have. Well done brandpowder in your relentless search for quality. I will be recommending your products to the Smithsonian Institute

since you are part of the Brandpowder Team, your enthusiastic feedback could be interpreted by our kind readers as a blog’s self-celebration. We are flattered anyway by your genuine participation. Now, send us the money. Will ya?