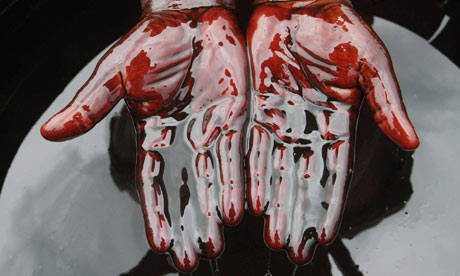 We recently got a tough assignment by the Planet’s Auto Association, a global firm which protects car makers’ interests worldwide. Brandpowder’s task was to rehabilitate big, expensive cars in the eyes of people, shifting their perception from disgust to tolerance. Not an easy goal, considering people’s green awareness to global warming and the fact we are going through one of the worst oil crisis ever. 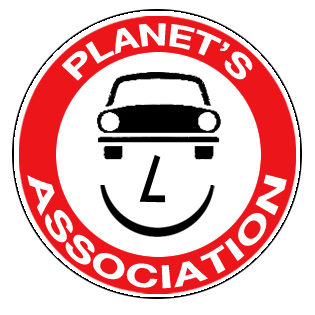 There was only one person who could get his hands dirty on the job and still come out unscathed, so we called Chris Law. Beside being one of our best freelance contributors, Chris is also a car nuts. He immediately accepted the challenge and, a week later,  came back to our office with the Answer.

” Gotcha!” he said with a big smile. He paused for a second, just to keep us guessing for a while. Then he asked: ” You guys know where petrol is coming from? “.  None of us had a clue, of course. So he continued: ” Petrol is formed by deposits of organic materials, such as dead algae and plancton which, million years ago, were trapped under a thick layer of sand and silt. Then, enormous pressure and temperatures slowly turned this pulp into a reserve of oil and gas.” 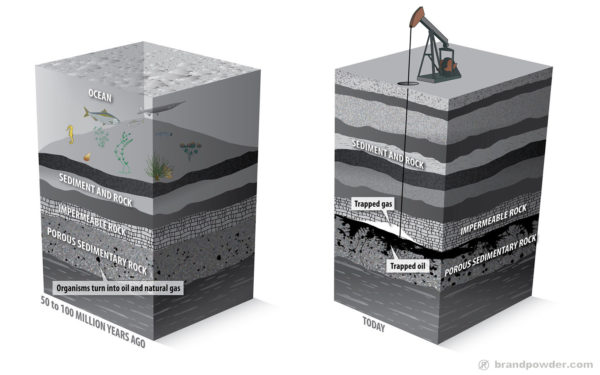 Chris showed us a black and white geologic rendering of Earth’s multiple layers. “Cars are vegeterian!” he announced, banging his hand on the table. His point slowly started to drill a well into our brain, and we soon realized we had hit something big. Cars as herbivores eating seaweed salads! That was not only a picture capturing our imagination, but also a revolutionary idea.

Should I feed my Jag with Scottish heath?    (Chris studying the future of energy)

We decided to develop a whole strategy around this concept: Vegetarian Cars, after all, sound armless and even friendly, and the statement is irrefutable. We later came up with a strong visual for the campaign which, after client’s permission, we are now glad to publish on our blog as a world premiere. Have a good read! 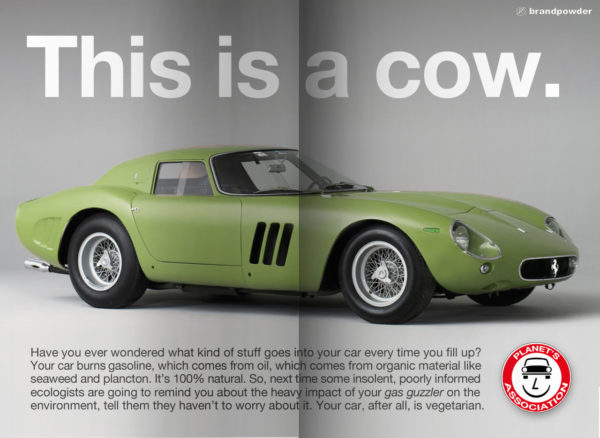 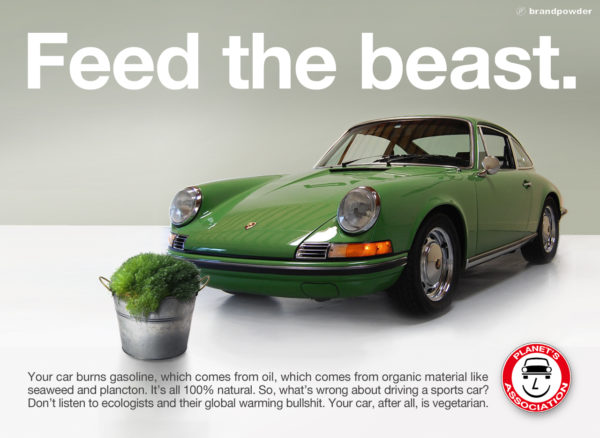 No cars were harmed during the making of this shooting.

I like this post from a branding point of view. The assignment i fulfilled excellently. But I hate it from an ecology point of view. 🙂 I should also be hating large cattle farms too because of all the “gas” the cows release into the air. Cheers!

carloreply
– In reply to: Irene Lefort

there is no such thing like ecology which is, instead, a fabrication of modernity. Ecology is western civilization’s attempt to restart a worn out economy. An ideology which pushes the masses to buy cleaner and more respectful products, to keep up a rampant consumerism. As for cows’ gases, Brandpowder already developed the Fartwind Technology, which we invite you to read on our blog. Thank you for your kind message.