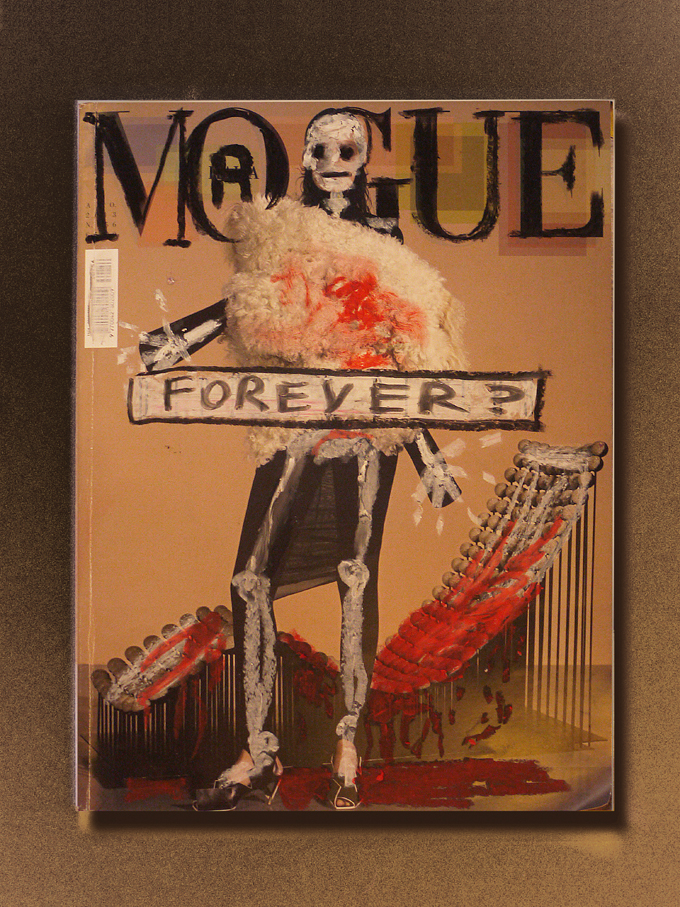 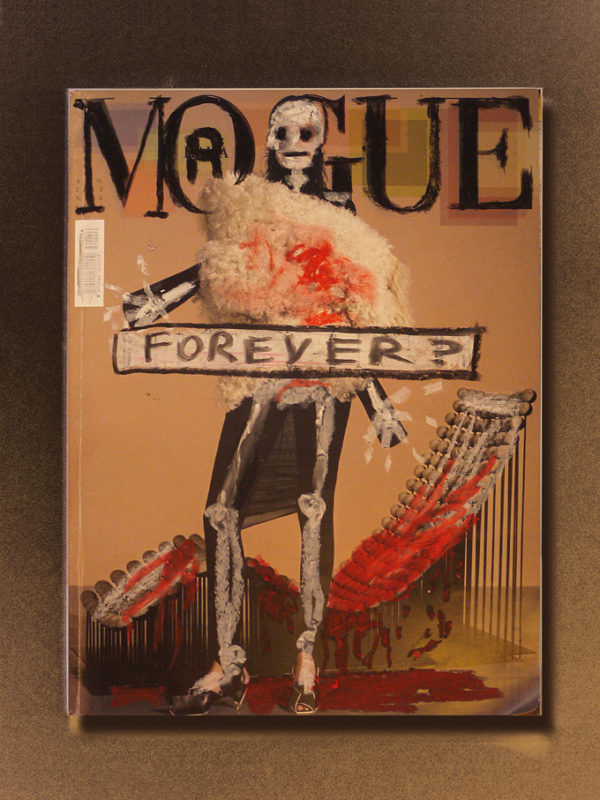 Dear Reader, please do judge by the appearance and welcome with a smile this creepy stuff. Brandpowder is uncomfortably happy to introduce the work of Klaus Ura, a former criminal who, bored to kill, turned himself to authorities and, once enveloped by the cozy walls of a mental hospital, turned into an artist. Klaus Ura’s medium of choice is painting fashion magazines, covering the glossy pages with vigorous, dripping splashes of oil pastels. There were two good reasons for publishing his work:  first and foremost, we were moved by his incredible story; secondly, we simply promised to do it. Klaus Ura started to kill in 1977 after being unjustly arrested by the police in Belarus for a crime he never committed. In his desperate act of self-defense he killed the cops, then he killed the judge, then he killed every member of the corrupted jury, then he killed his lawyer, and then he killed his wife who, upset for the massacre, told him she couldn’t love him anymore. Klaus Ura disappeared. The KGB was after him for a couple of months, then it dropped the manhunt: it was costing too much. The official version was that he was eaten by a pack of siberian wolves and, as a spooky proof, pictures of his remains in the snow were published on every russian newspaper (the Pravda). People weren’t convinced, though, and Klaus Ura’s wandering became legend. He kept killing people because, as he confessed years later, he was annoyed by the fact he couldn’t prove his innocence anymore. Klaus Ura, in the twenty years since his arrest, painted more than 2,000 magazines and hundreds of portraits. His doctors said painting was therapeutic for him and, under current legislation for good conduct, he could be out of jail by next year. Ura’s work will be soon showcased in New York City. We are proud to present here an anticipation of it. 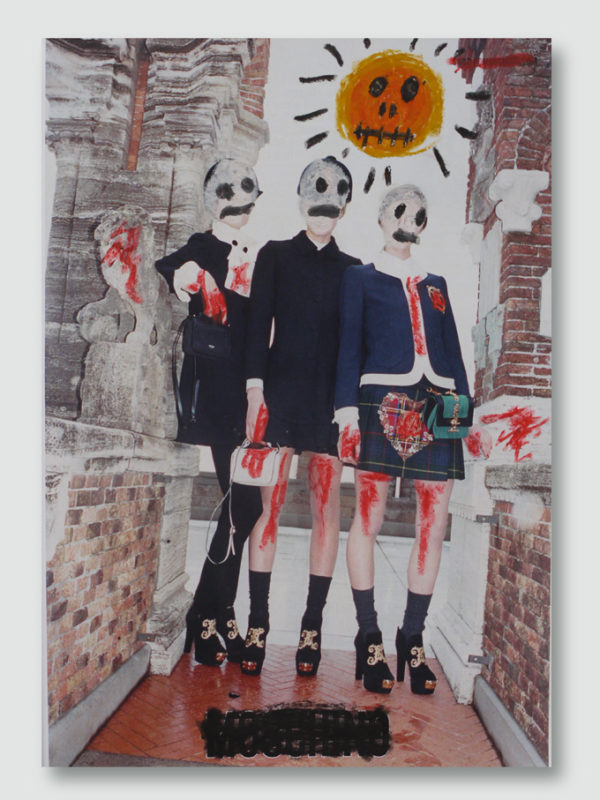 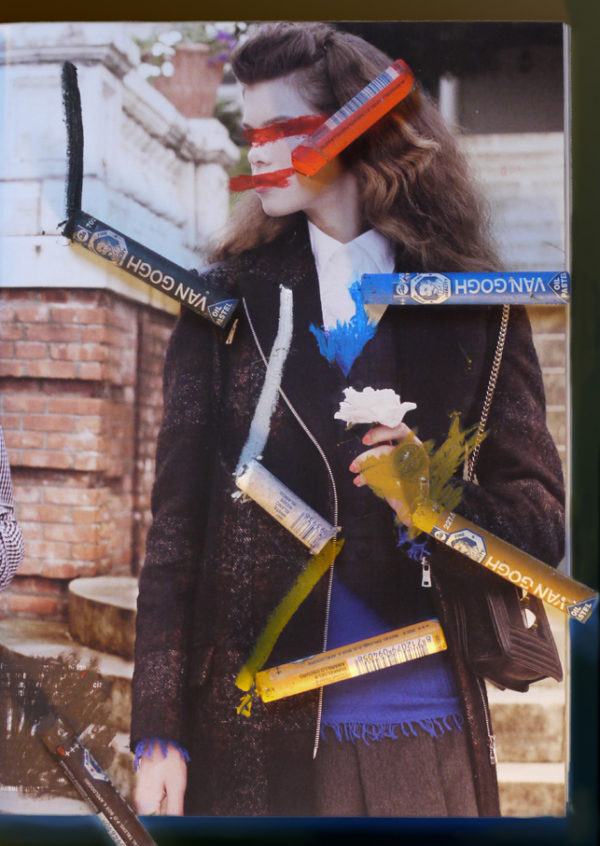