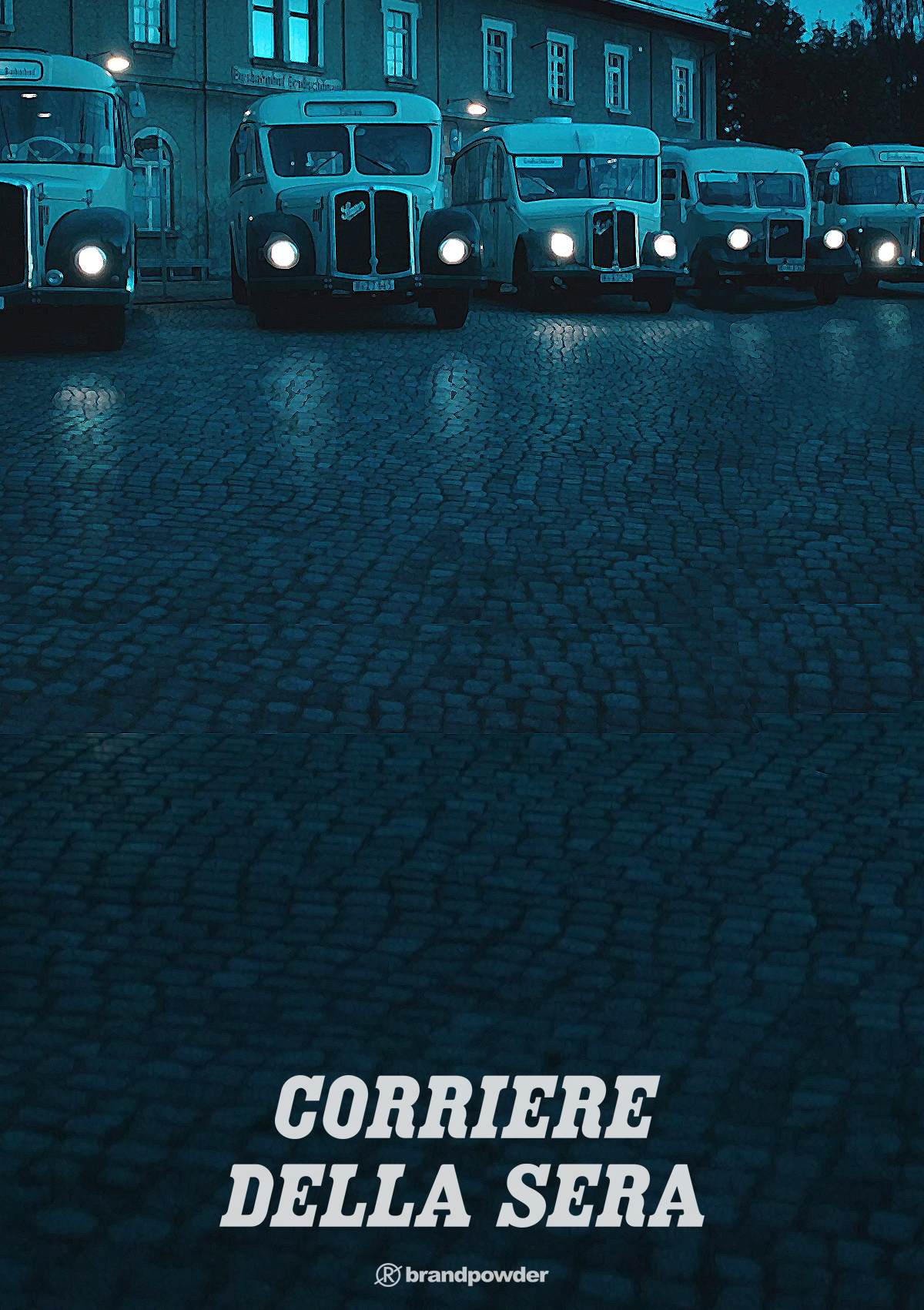 A visual exploration on printed media. This a series of Italian newspapers and magazines, where the name generates an alternative interpretation. Corriere della Sera originally refers to the ‘evening courier’ in charge of the papers’ delivery and distribution. Incidentally, ‘corriere’ means buses (plural). The image is chosen from a frame of the unforgettable ‘Never Look Away’ movie directed by Florian von Donnersmarck.

Il Resto del Carlino refers to the change left from a ‘carlino’, a 10 cent copper coin, people usually spent to buy the morning paper. Carlino is also the name for the pug dog breed you see in the picture. The pun plays on a visual collage where the dog is seen in front of his change (resto, in Italian) after a rather lousy breakfast – judging by its expression.

La Gazzetta dello Sport is the most popular sport paper in Italy and it always came with a fancy pink paper. Gazzetta is, again, an old Italian word for ‘newspaper’ but can also mean ‘small mag pie’. The bird is portrayed as a sport fan wearing a branded outfit.

Il Sole 24 Ore, the most influential financial paper in Italy, means “24-hour Sun”. The pictures is a way to illustrate a media that never sleeps and works around the clock. The Midnight Sun at North Cape is a composite multi-picture that simply shows this time flow.

Il Foglio, a newspaper born with an original format of just one page, stands in fact for a ‘sheet of paper’. The character is tearing apart the white surface, as a symbol of breaking news. The young lady is portrayed wearing a mask, a symbol of deception and protest, underlining the interaction of today’s journalism with its readership. The white canvas of the page looks like the pure surface, untouched – yet – by the ink of opinions and bias.

Quattoruote means ‘four wheels’ and it’s the main monthly magazine addressed to automotive enthusiasts. Here the four wheels are represented as a panoramic wheel, the peacock’s wheel, the skirt’s wheel and the wheel-game. Four different interpretation of the word are enough to take completely out of context the magazine’s name.

This essay is just a divertisment where images and words playfully generate new meanings.