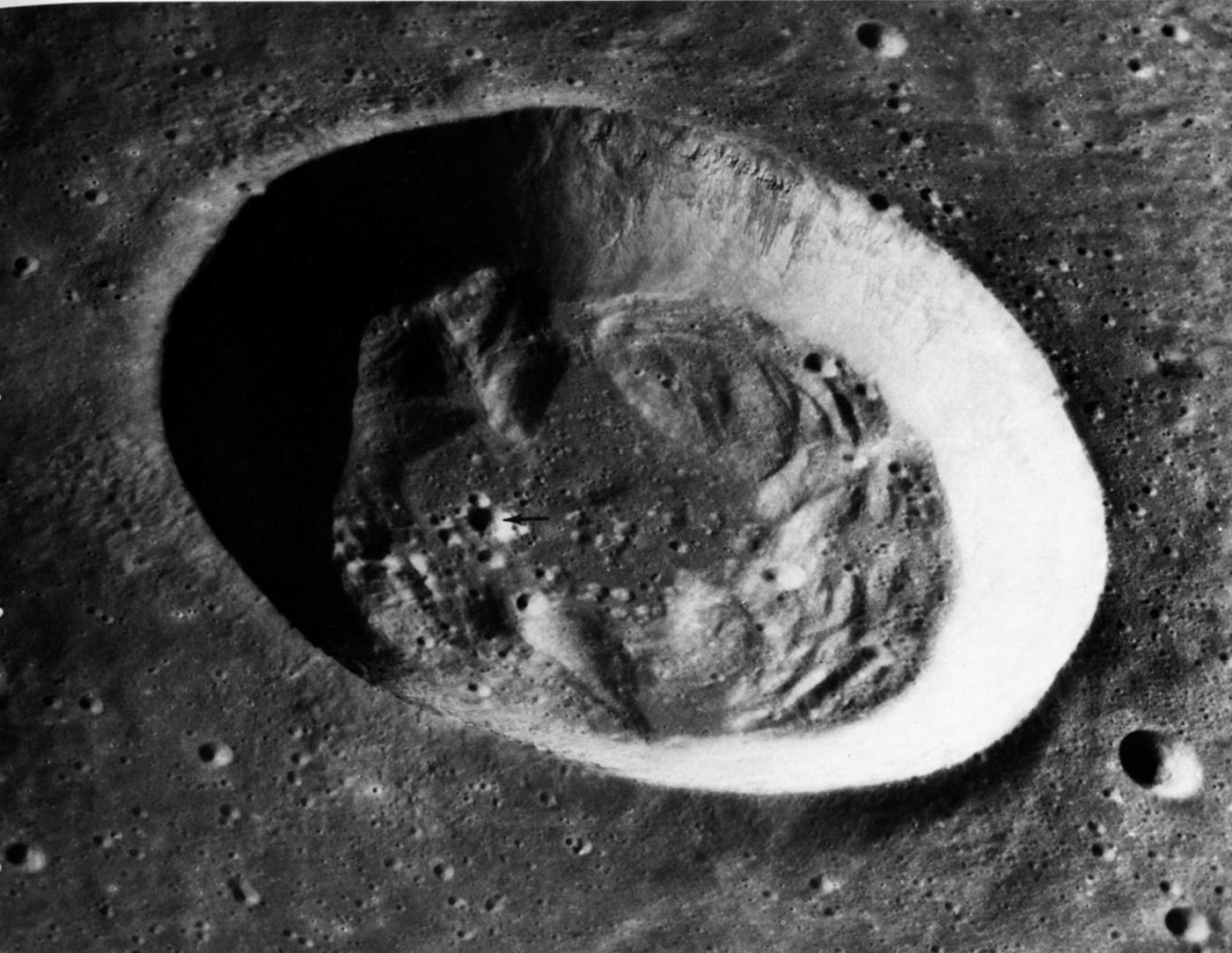 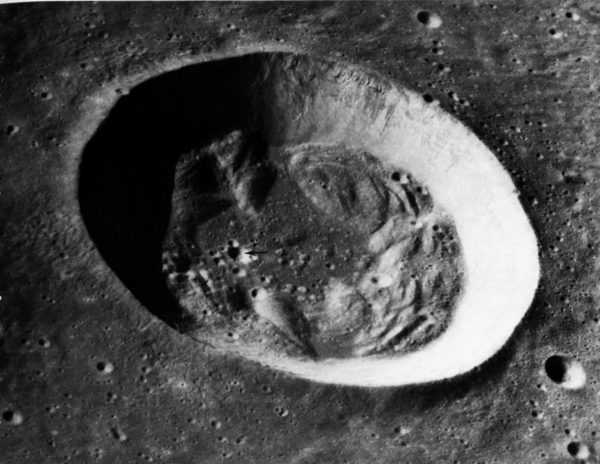 This is the Bessel crater, as seen from the Apollo 15 spacecraft. Huge craters like this one are the result of big meteorites impacting on lunar soil. The energy produced by such collision is unmeasureable but it’s strong enough to change a satellite’s trajectory. 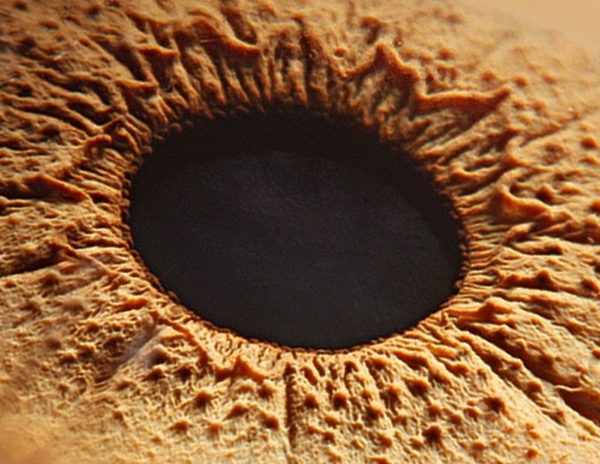 This one is another crater recently found on planet Mars, shot from an  electronic-scan telescope hovering at a distance of 40,000 miles. Take a closer look and then watch the image below. Surprise!

Pretty amazing, uh? This is a picture taken by armenian scientist and photographer Suren Manvelyan, in a series of eye-opening images of self-observation. The crater is the black hole of our pupil, surrounded by the intricate muscular and vascular system of our iris, regulating the light quantity that has to hit our retina. 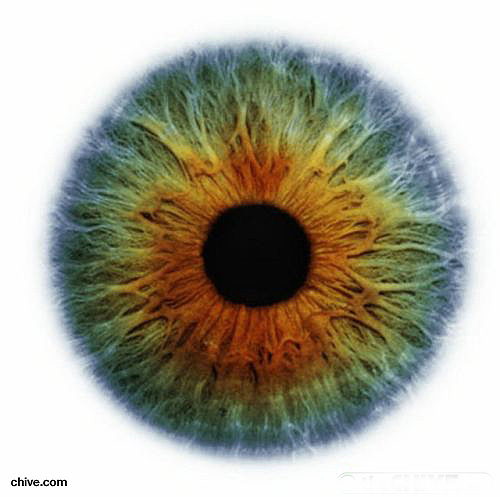 If you look at traditional photography of the eye, the effect is of a bidimensional iris whereas it’s essentially spheric and tridimensional. Advance in macro-photography, alongside special strobo flashes and editing techniques let us enter into the depths of a complete new world. 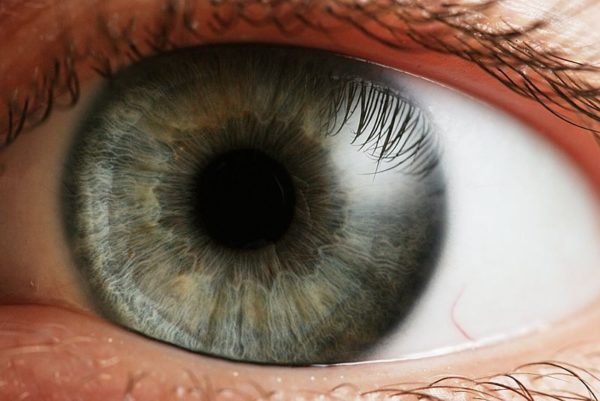 The beauty of the eye is in the eye of the beholder. The eye watching itself is somehow hypnotic (and hypnoptic)  Orbital photography in outer space has to do with orbits and the moon – under such circumstances –  can be imagined as a petrified eye watching us from above. The universe is based on spheres and circular patterns, and even fractals develop on spirals and rounded sequence of numbers. 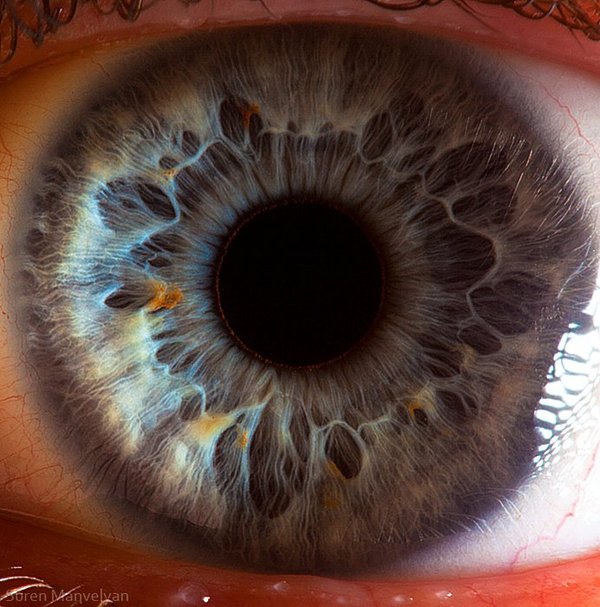 The most intriguing thing is to consider the way we  study ourselves. The brain, being a self-studyng mechanism, can’t really know itself but, we (it) keep wondering about a mystery which, in million years of evolution, lost a few elementary, yet fundamental, pieces along the way. Evolution, in earlier years, was simply not self-conscious. Being unaware of their creative power, our ancestors just came up with incredible solutions that had, as only reward,  their own survival. May we say intelligence evolved as a tool against extinction?

What’s the use of looking into the most distant corners of the universe when it’s enough to look into the abyss of ourselves to fall silent with awe and wonder? 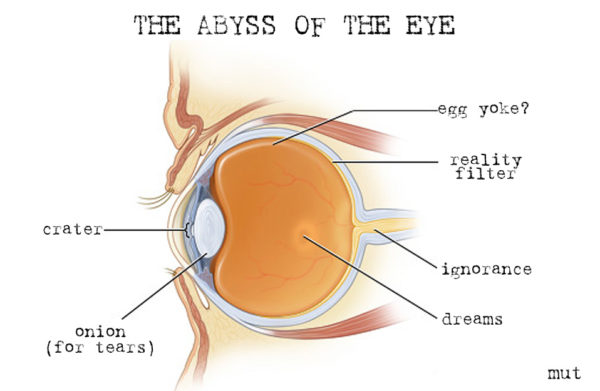