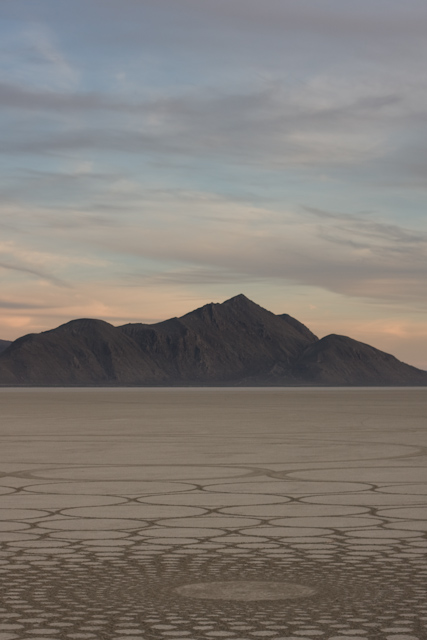 On May 2009, Jim created what was billed as the largest drawing in the world as wide as Manhattan on the vast stretches of Nevada’s Black Rock Desert.

The 48-year old sand artist spent two weeks drawing on the beds of the dried Salt Lake in May producing this largest work of art then.

In March of 2010, Jim Denevan and his crew created a large scale artwork that was a spiral of circles, along a Fibonacci curve, growing from an origin of 18″ to several miles in diameter on the frozen surface of Lake Baikal, Siberia. This work of art on the frozen surfaces of Lake Baikal was featured on The Anthropologist and is the subject of a documentary directed by Meredith Danluck.

“There’s a freedom and an ability to go anywhere when I’m marking the surface.” – Jim Denevan.

The photographs of his work have been exhibited at PS1, part of New York’s Museum of Modern Art.

To know more about Jim Denevan, you can visit his website at www.jimdenevan.com