We thought we had seen it all and then – Bang! – The Volkswagen’s scandal! The gem of Germany industry unmasked by a tricky software. This smart program switched on when the automobiles were being tested for compliance with EPA standards, turning off during normal driving to allow maximum engine performance. The devilish idea was based on an algorithm that used information about how the car was being steered, how long the engine ran and atmospheric pressure to “precisely track the conditions” that corresponded to a federal emissions test, according to the EPA. US regulators have charged the German giant with manufacturing vehicles designed to evade government pollution controls. We are talking about 500.000 vehicles in USA alone, but the wildfire is extending all over the world: we are now talking about 11 million cars running on the notorious “defeat device” software which -in the best tradition of the torture machine which kills its inventor –  is going to “defeat Volkswagen”. 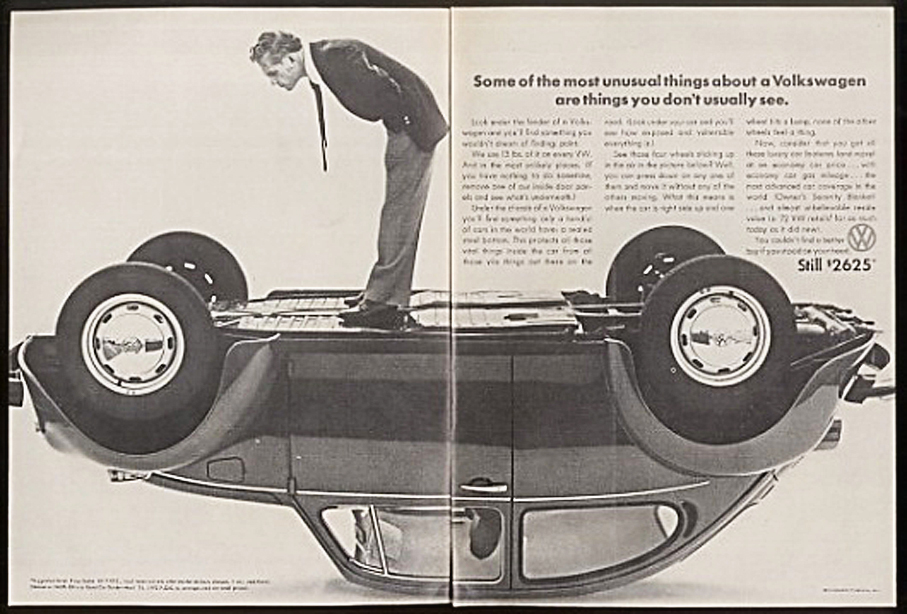 We all remember, at this point with a hint of nsotalgia, the brilliant VW ads created by Bill Bernbach in the mid ’60s. This one, in particular, seems to foretell the destiny of the German automaker. 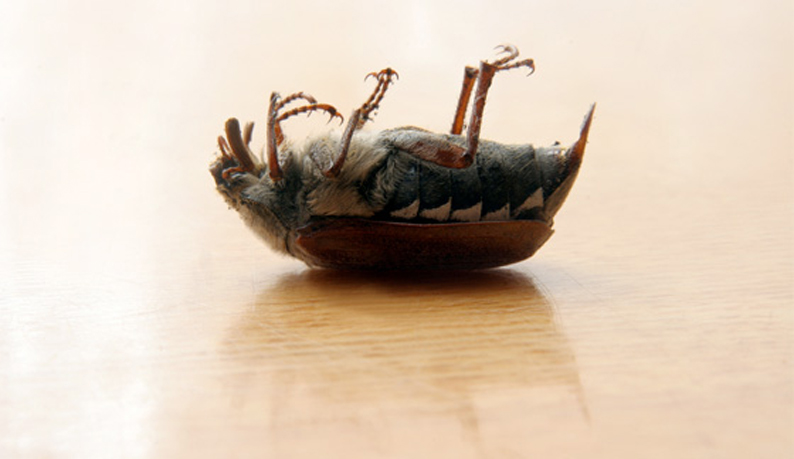 We all know a bug, once upside down, can fight for hours in the attempt to flip back to normal position. We sincerely hope Volkswagen is going to clean up the mess, but the operation seems beyond reach. The biggest automaker in the world (in terms of revenue) may well lose a few positions in its attempt to rebuild trust and credibility. The United States, meanwhile, are going to ask for a 18 billion dollars’ fine. A hefty sum, if you consider also the additional burden of 11 million cars’ recall. 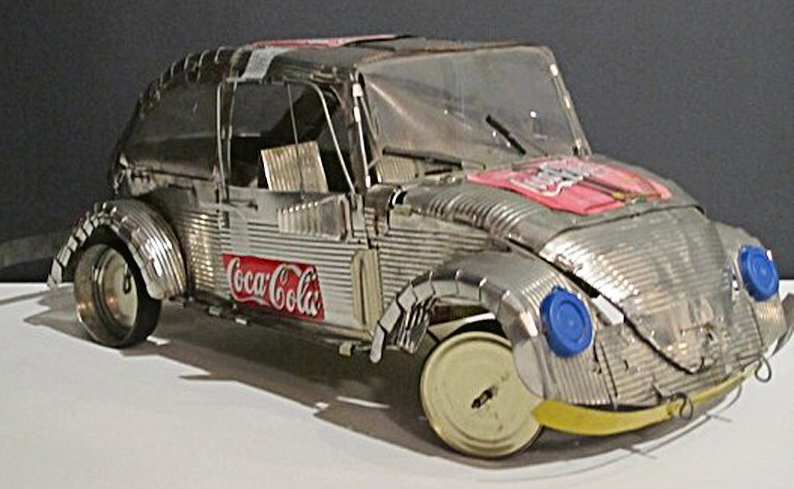 We are curious to see what happens next. We can’t understand, honestly, how a multibillion company with 600,000 employees, was convinced to outsmart the world with such a cheap trick. This is a case of massive incompetence, beside the total lack of responsibility. 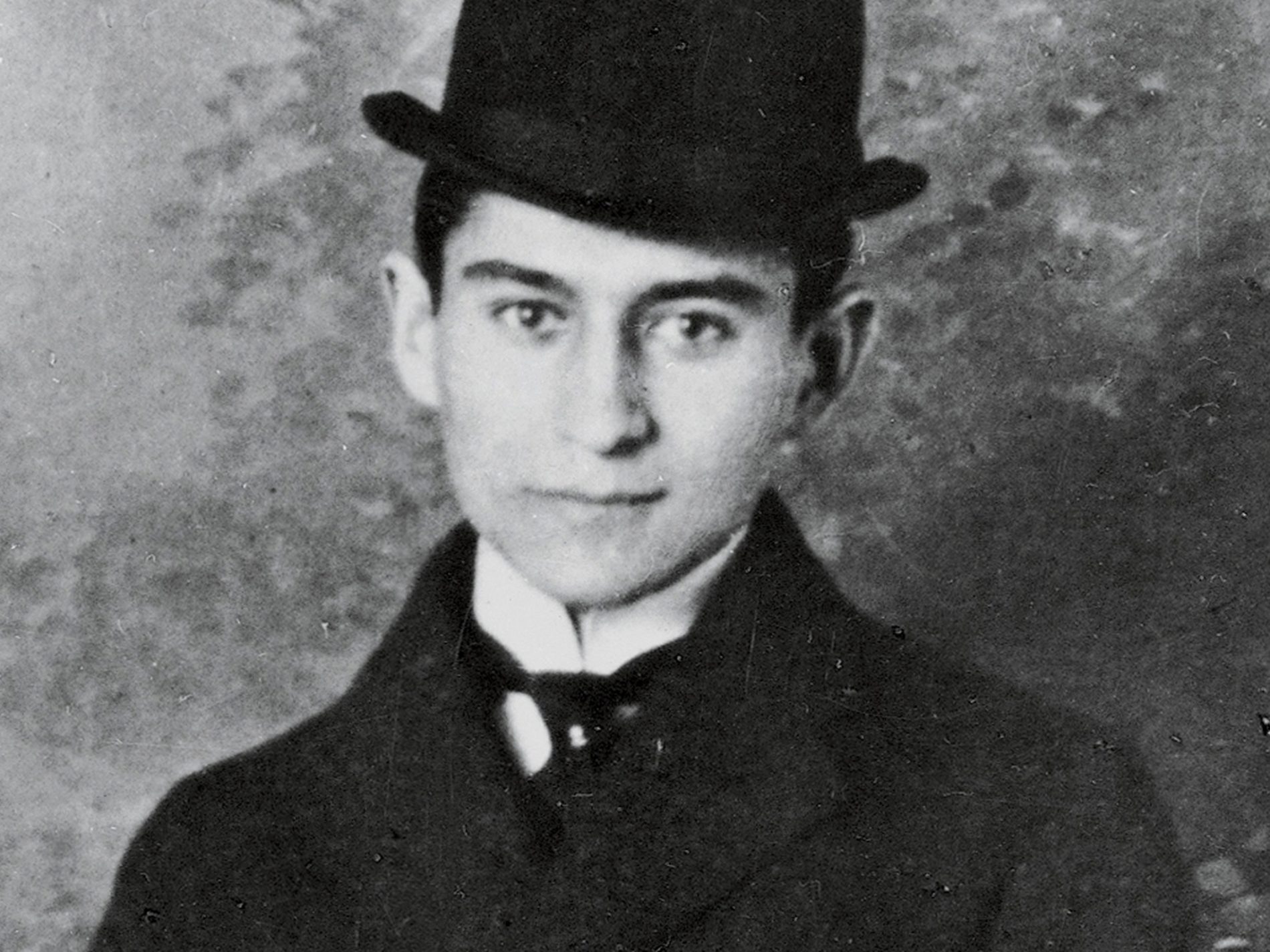 In Franz Kafka’s Metamorphosis, Gregor Samsa wakes up, one morning, as an insect. The novel doesn’t reveal how did it happen. It simply describes the condition of a man who has to manage his daily life as a bug, coping with his own family who can’t recognize him. That’s how probably Volkswagen’s top management feels right now. 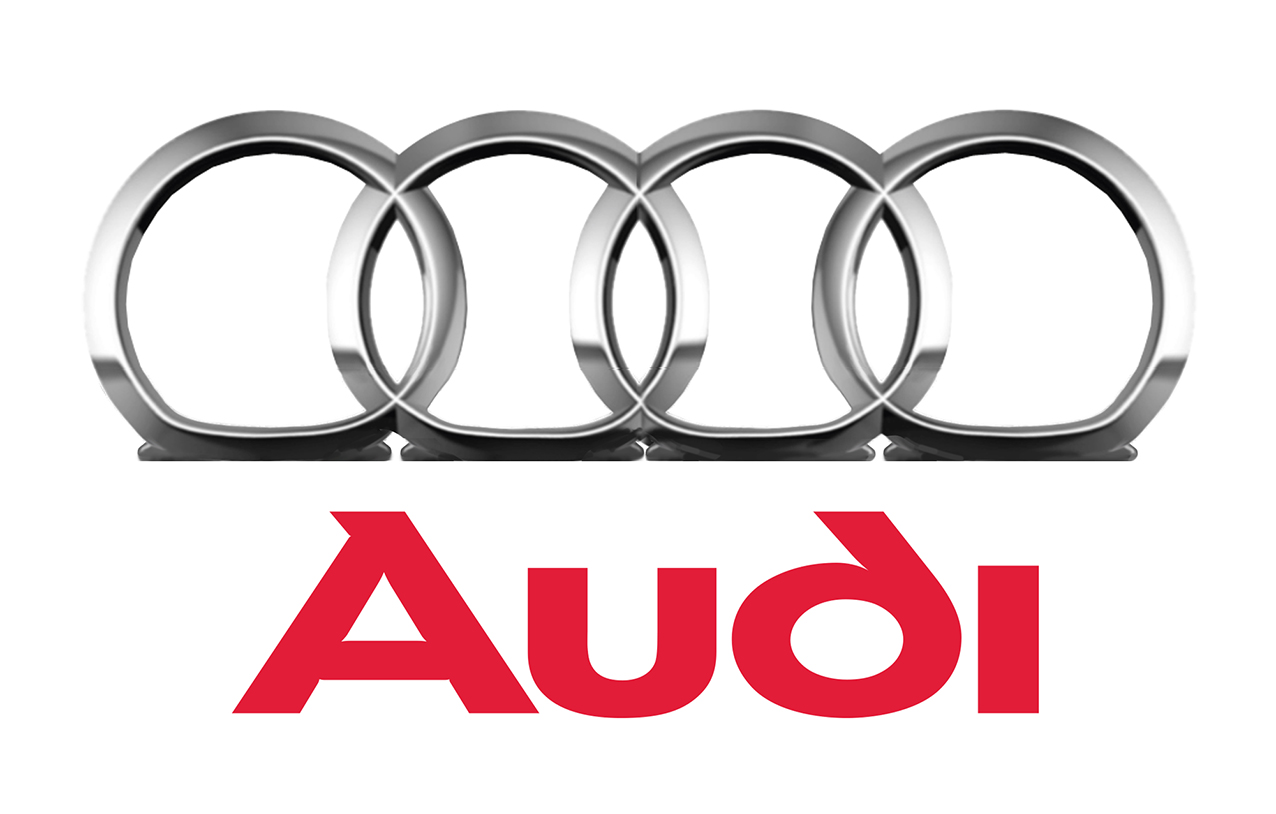 It seems Audi, part of VW Group, caught a flat, too.