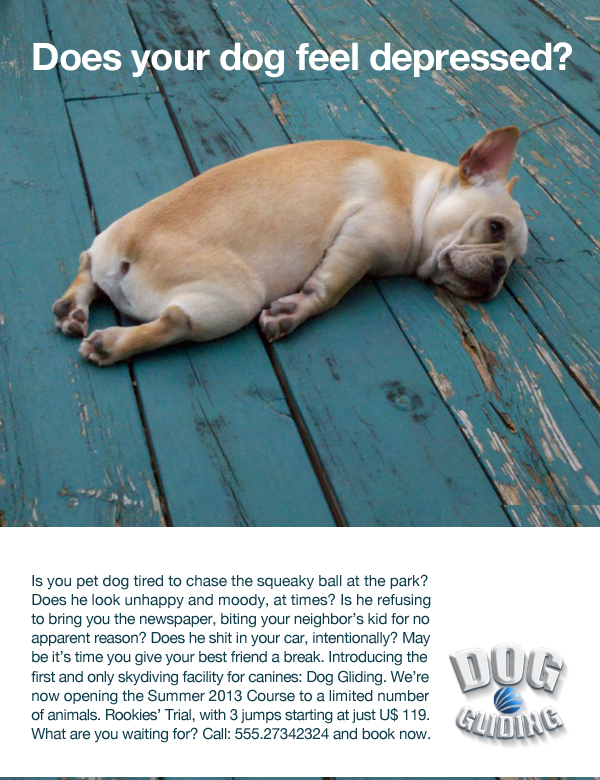 120 million people suffer from depression all over the world. According to the National Institute of Public Health, 6.7% of U.S. population over 18 experience clinical depression in many forms. What’s worse is the fact depression is contagious and not only people but also animals living in close contact with depressed people, can develop the same symptoms. Unfortunately, while 50% of people receive medical treatment, drugs or social assistance, pets are left to sort out thing on their own. It’s a shame nobody, so far, ever thought to do something about it. After all, dogs are men’s best friends the way diamonds are for girls.  That’s when the Brandpowder Team decided to get in touch with Jeremy T. Lurcher, an ethologist and canine expert from UCLA, to see whether it was possible to help our pets to regain enthusiasm and motivation out of a dog’s life. It has not been an easy task, but in the end we came up with a very simple idea: why not treating dogs like humans? After all they share the same lifestyle of their owners. The next step was to find an exciting activity and, after discarding bungee jumping, scubadiving, group sex and cocaine, we all agreed skydiving was a good point were to start from. 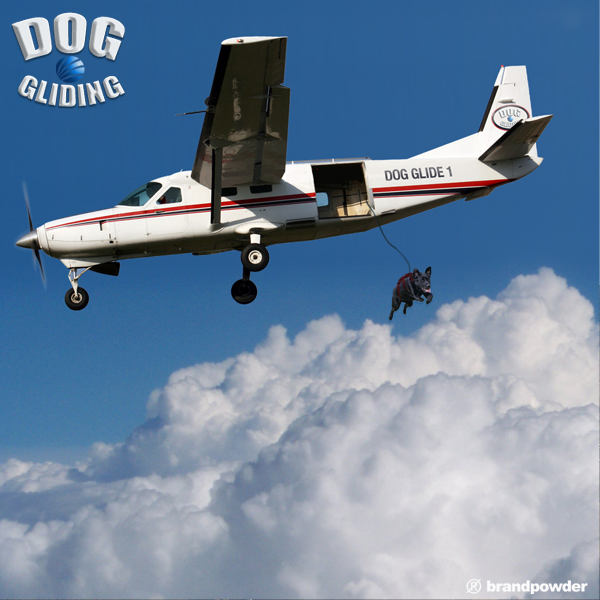 Above: Stewpot, a veteran with 300 jumps, leaps from a plane at 9,000 ft. The static line opens the small parachute automatically and, after 5 seconds of free fall, the dog quietly glides to the ground. The outfit includes a small radio control and a GPS to monitor the dog’s location in case of distant landings. 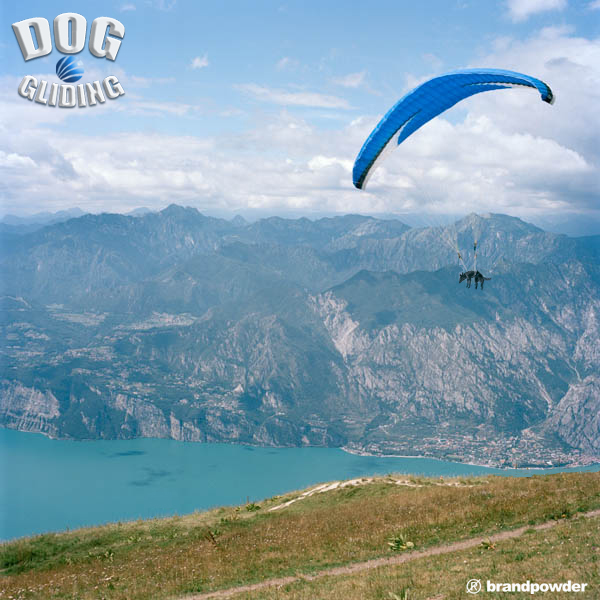 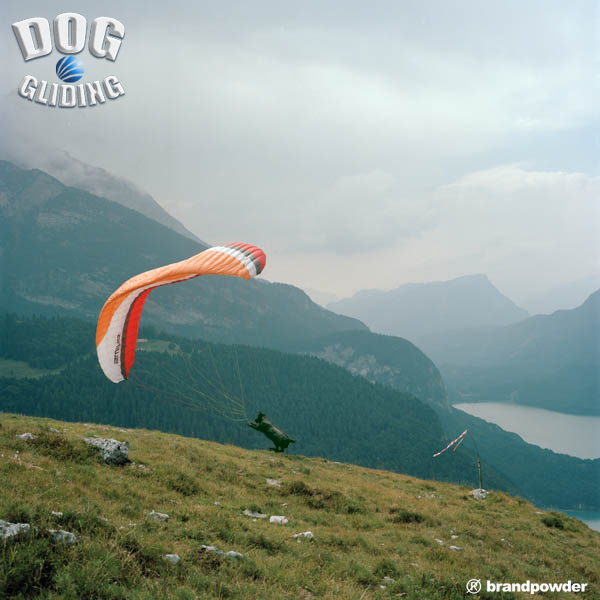 Above: Pasternak, our beloved black Labrador, touches ground near the Brandpowder Airfield in Montana. Below: Juju, a 4 year old Golden Retriever from Ohio, smiles upon landing on the shore of Lake Isabella, in California. 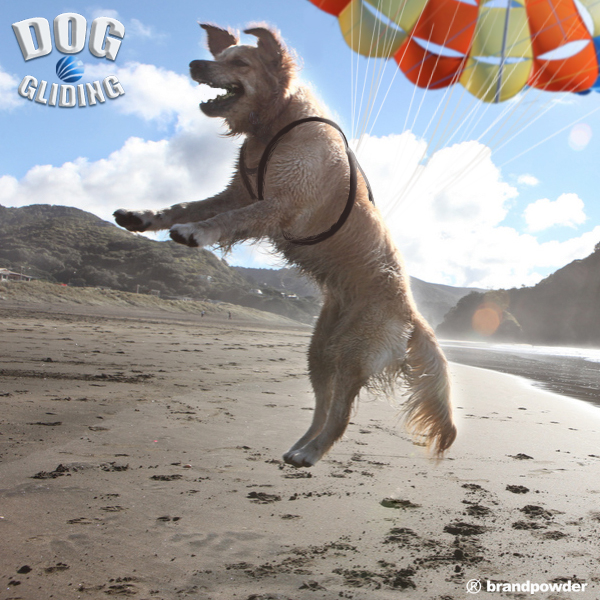 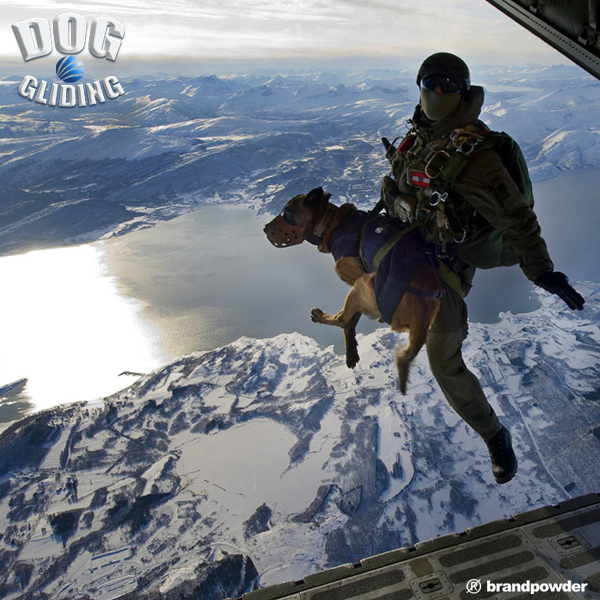 Above: U.S. paratroopers asked Brandpowder’s advice for man+dog tandem jumps. Below: Skipper, one of the dogs at last year’s Summer Course, always showed a particular interest for the cockpit. 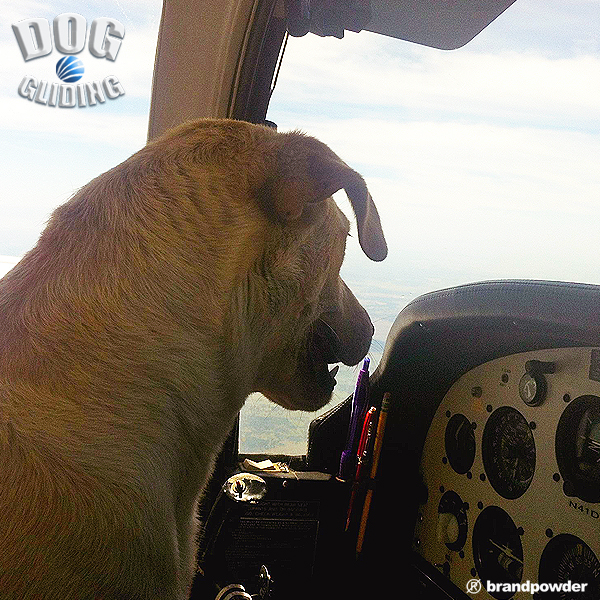 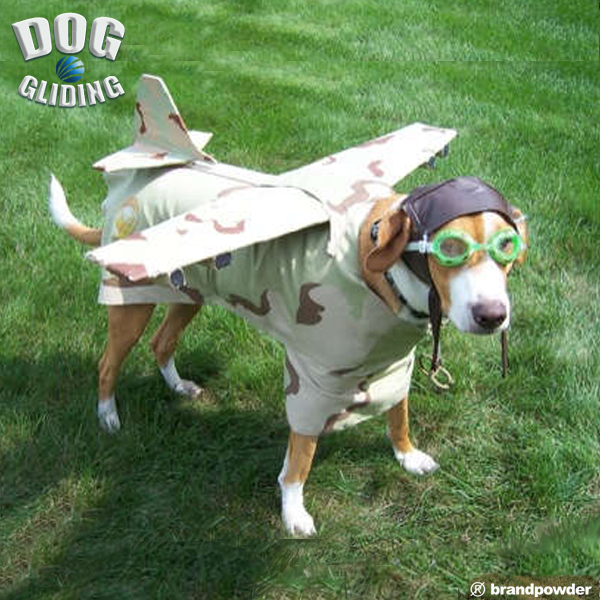 Above: Babou, a crazy beagle from France, dressed up to celebrate the first year of Dog Gliding’s activity. Below: Jeremy takes border collie Pippo for a ride on his old Land Rover. Jeremy has been unvaluable in helping us with the Dog Gliding’s project. Without his support we were not going to make it. 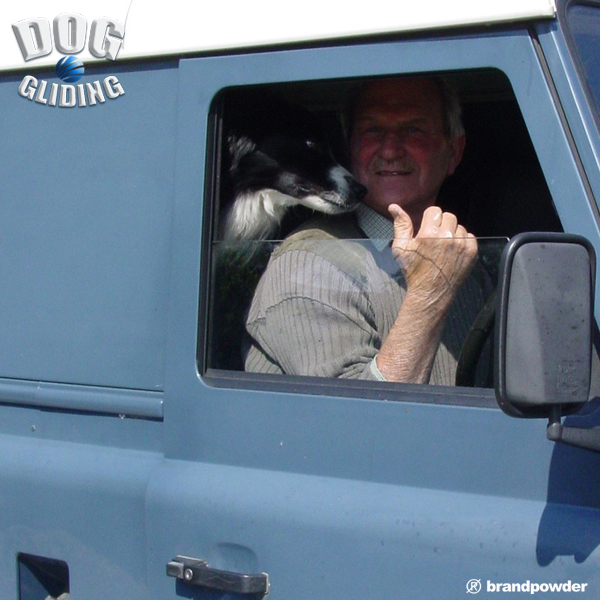 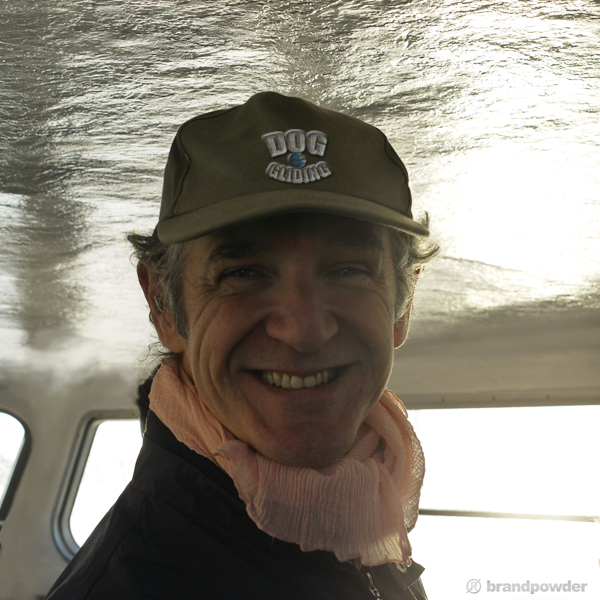 Above: John Shermann, one of our pilots at the Brandpowder Airfield, smiles for the camera. He’s a good guy but we are not sure about his pink scarf. Below: our two veterans, Stewpot and Pasternak, waiting for another ride. 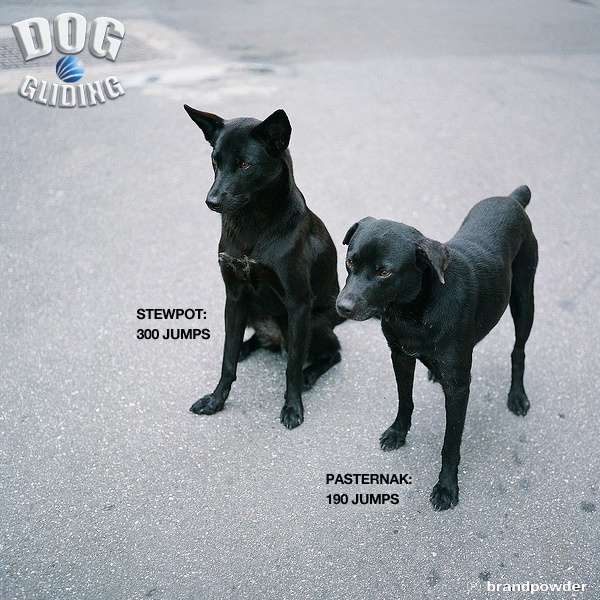 No animals were armed throughout our activity. Skydiving is a pretty safe sport and we didn’t have a single accident in almost two years. Of course tennis table is a much safer bet, but as far as we know, dogs are not much interested in it.

My cat says “What about me? I just sit around all day- I want action too…but then again…that just looks too much. Hell, just let me sleep.”

Hello Don, the Brandpowder Airfield is not dealing with cats at the moment; they are good jumpers even without a chute and, after all, they don’t seem to be much intrigued by airplanes (probably too noisy for their personality). But if your cat is looking for some thrill, may we suggest bobsled?
Thank you for your comment!
The Brandpowder Team