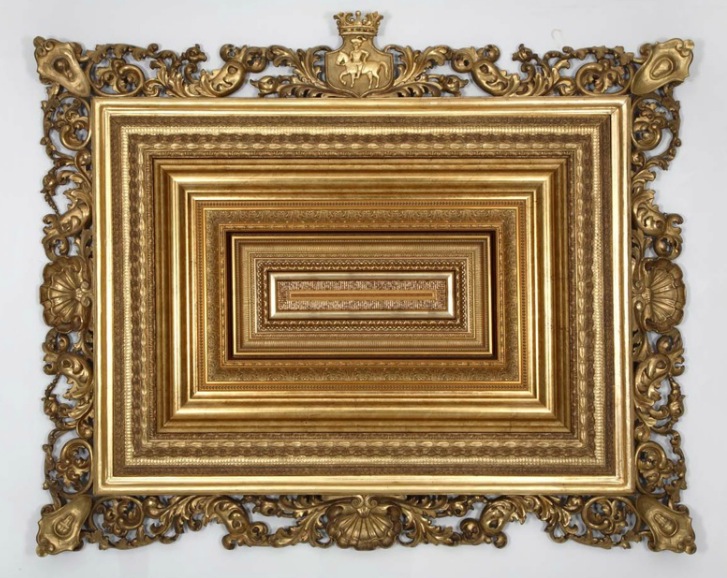 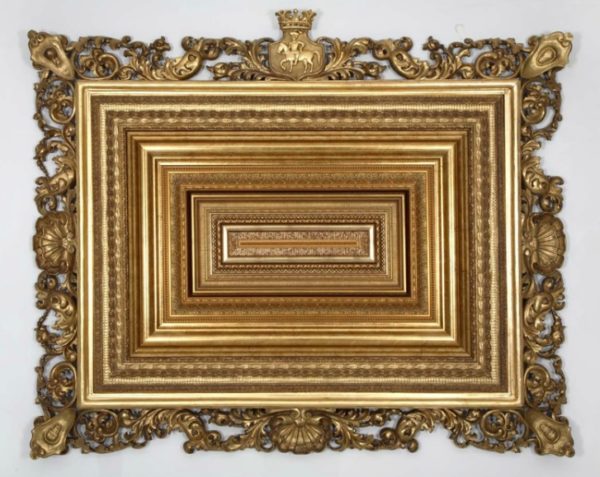 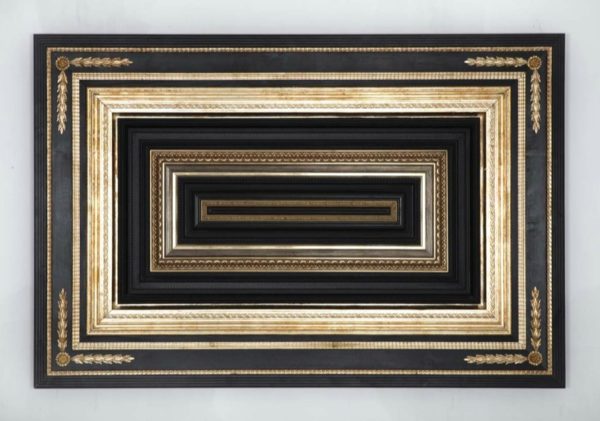 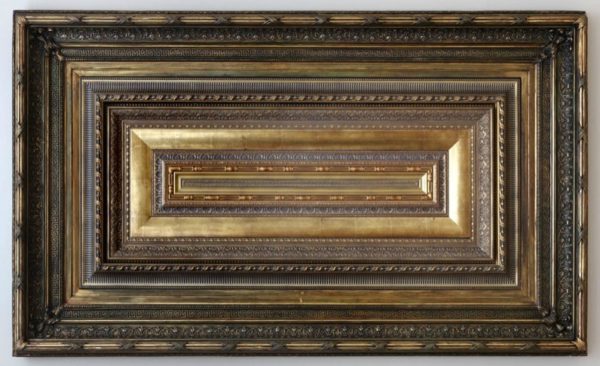 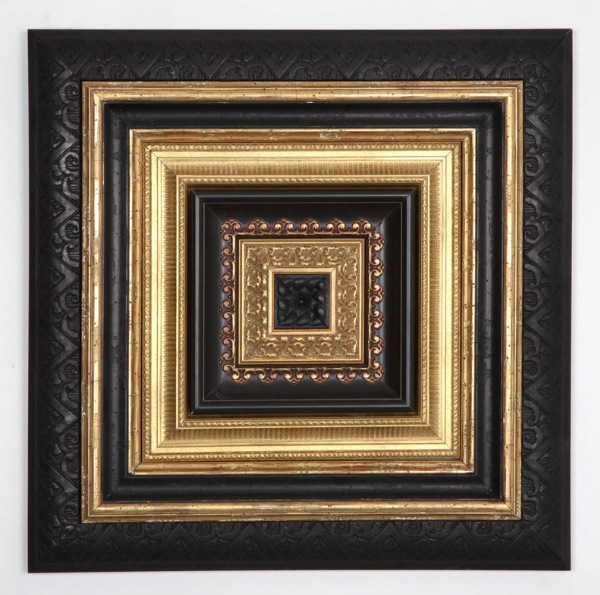 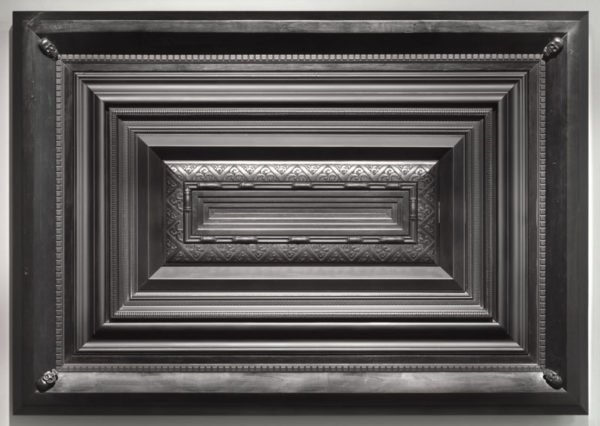 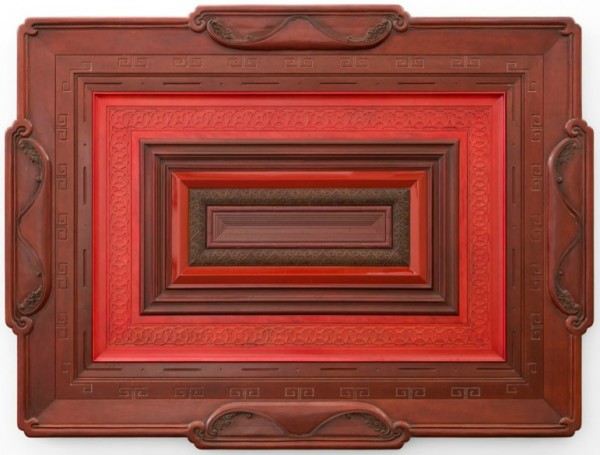 Frame inside frame inside frame… Kolkoz is a french artist duo formed by Samuel Boutruche and Benjamin Moreau. The ‘Collection Americaine’ featured here is a series of luxurious baroque frames, framing other frames, and playing around the concept of mise en abyme, or Droste effect (named after the chocolate Dutch box where a lady holds a tray with a box representing a lady holding a tray with a box etc). 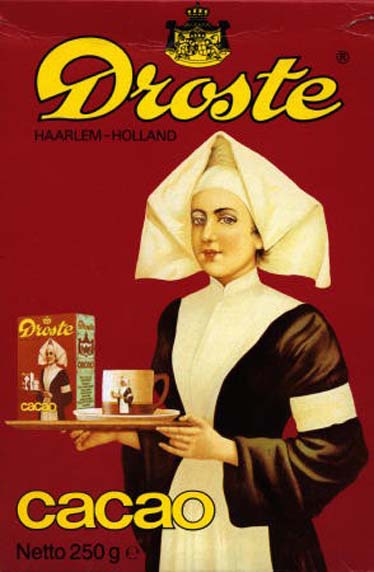 Kolkoz’s work also mirrors that story about a dreamer waking up inside a dream, or the multiple dreams in Christpher Nolan’s Inception. We could also mention Adaptation by Spike Jonze, where a screenwriter works on a story where he happens to be a screenwriter working on a story, or the Pink Floyd’s cover Ummagumma by the unsurpassed genius of Storm Thorgerson, where reality is endlessly reproduced inside a sequence of mirrors. We could even mention the classic Matrioska, giving birth to smaller copies of herself. 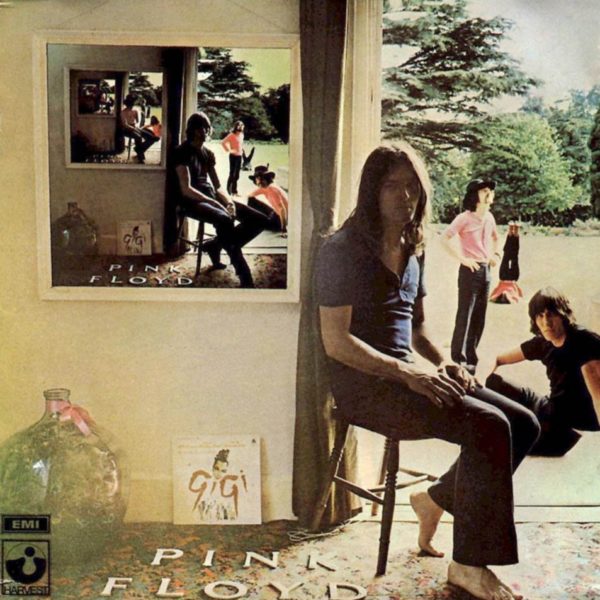 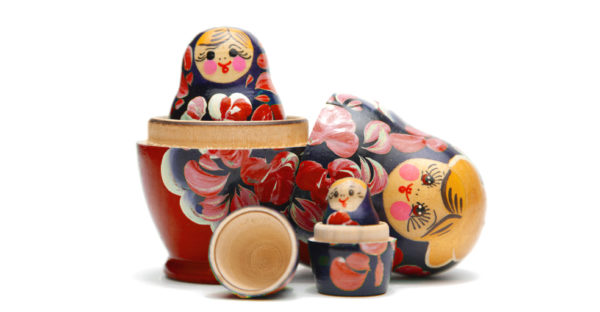 But Kolkoz’s work, in our humble opinion, is just a reminder of a creative impasse. Art is probably tired to be shocked by its own brilliant provocations. The Muse falls asleep in front of the absent canvas. Where’s the work in Kolkoz’s work, apart the exquisite performance of the carpenter? The frame which frames the frame, at the very end, is only similar to the train ticket which is a void into a void and a void and a void…something we’d better avoid. 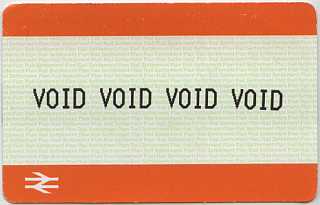 It makes my head hurt like being between two mirrors. When I am trapped in that void I am ready for one of the reflections to do something wrong and be caught out.
I think I love AND hate the Droste effect.

The Droste effect should be taught in kindergarten, as a first exercise in that “know yourself” learning process we can’t complete in a lifetime but which, nevertheless, can be reached by approximation.